Bryan’s Corners, the name for one of the Town of Lansingburgh‘s neighboring places, around the intersection of River Road and Allen Road in the Town of Schaghticoke. Sometimes described as forming a part of Melrose. 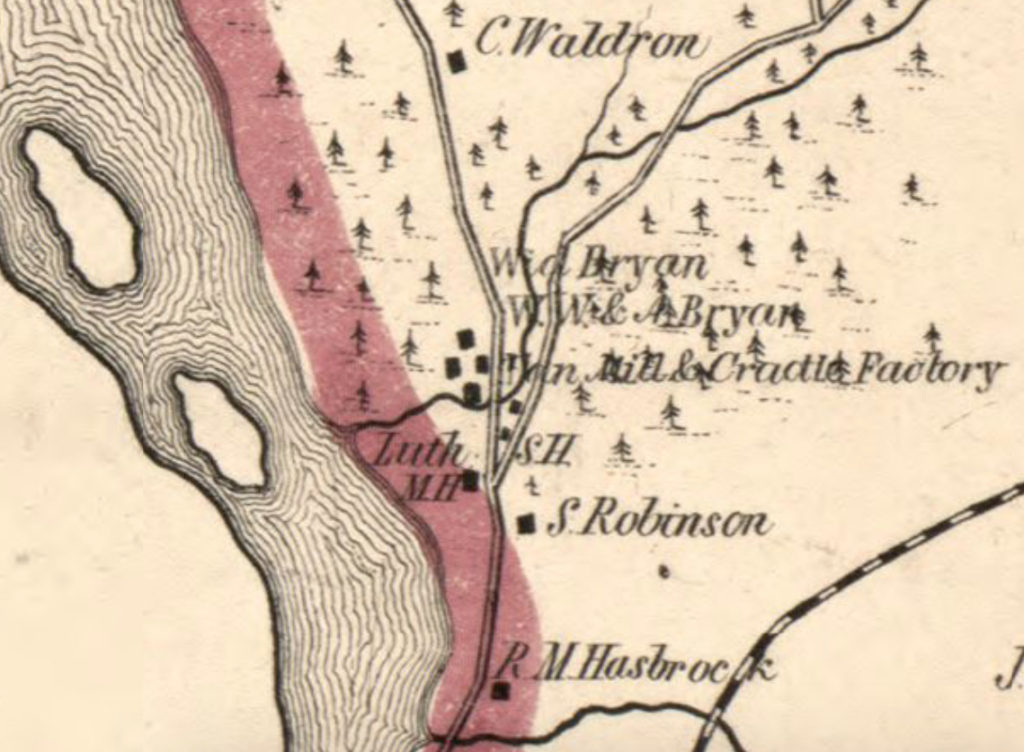 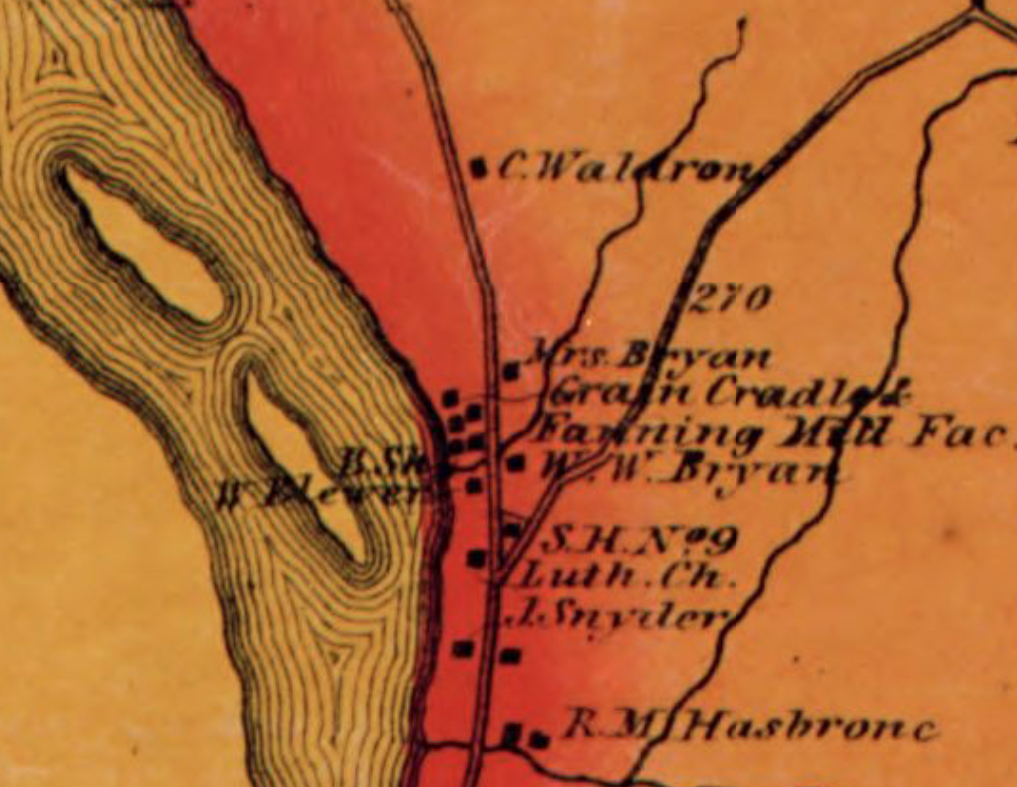 At Bryant’s [sic] Corners, on the east bank of the Hudson, is the school house of district No. 5 and a manufactory of agricultural implements carried on by W. W. Bryan.
Weise, Arthur J. History of the Seventeen Towns of Rensselaer County: From the Colonization of the Manor of Rensselaerwyck to the Present Time. Troy, N.Y: Francis & Tucker, 1880. 68.

[The Franklin Evangelical Lutheran Church] was organized at Bryans’ Corners, on the east bank of the Hudson river, on the 6th of March, 1852. At this meeting the Rev. Rufus Smith was chosen pastor and Matthias Snyder, 2d, Silas Miller and William T. Blewer elected deacons. The church was incorporated August 6, 1852, Hiram C. Bryan, Matthias Snyder and George W. Blewer being trustees.
Weise, Arthur J. History of the Seventeen Towns of Rensselaer County: From the Colonization of the Manor of Rensselaerwyck to the Present Time. Troy, N.Y: Francis & Tucker, 1880. 67.

—A grand concert was given by the young people of the church at Bryant’s [sic] Corners on Sunday evening last. The talent was of the very highest order. Miss Mary E. Viall, of this place, presided at the organ. The church was crowded, and the concert was pronounced the best of the season.
“Melrose.” Lansingburgh Courier. October 20, 1876: 3 col 4.

Mr. C. Moon has rented what is called the Wolf farm, formerly occupied by William Cooper, who has moved to the ‘burgh. Mr. Moon is from Bryant’s Corners.
“Melrose.” Lansingburgh Courier. March 28, 1879: 2 col 4.

Melrose.
—The ladies of the Lutheran church at Bryants [sic] Corners will give a raspberry and ice cream festival on Wednesday evening, July 7th; the ladies in charge of the affair promises this to be one of the best of the season, and those who attend will have an enjoyable time.
Lansingburgh Courier. July 2, 1880: 3 col 3.
Melrose.
—The festival given by the ladies of the Bryant [sic] Corners Lutheran Church was a grand success, and those who attended went away much please with their evening’s entertainment.
Lansingburgh Courier. July 9, 1880: 3 col 3.