Grandview Grove, also called the Grand View Tavern or Grand View Inn, was a restaurant, formerly (and subsequently?) a private home, in the Adamsville section of the former Village of Lansingburgh, near the area that had been called Tarbell’s Crossing. 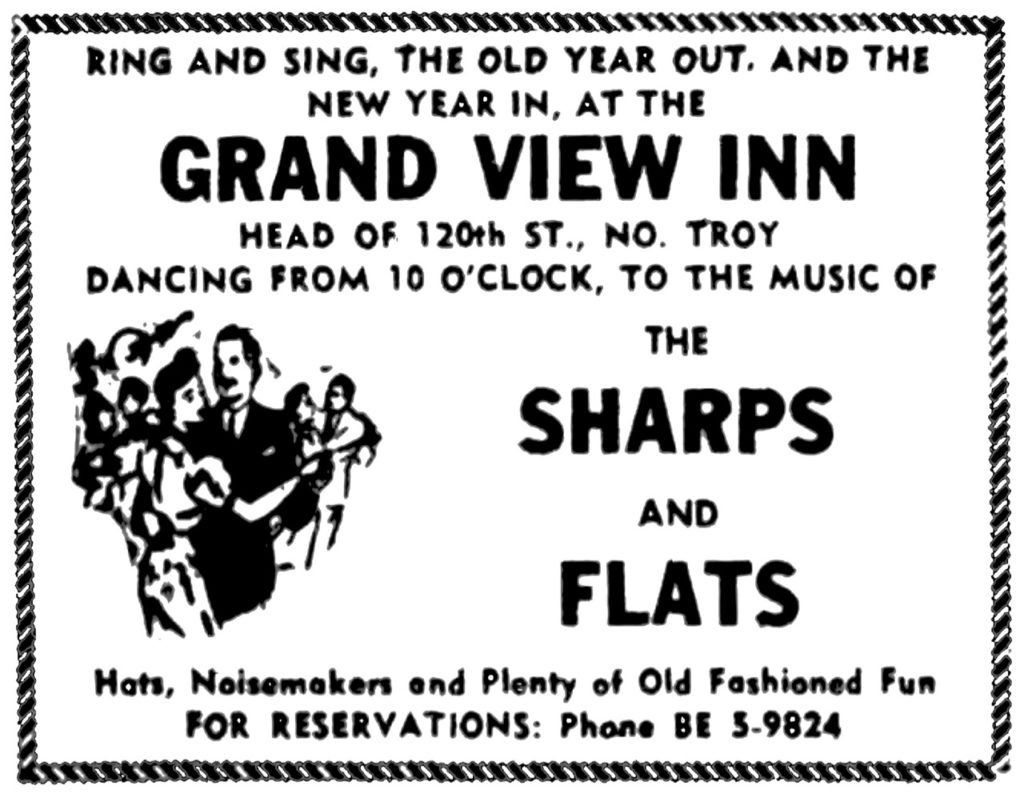 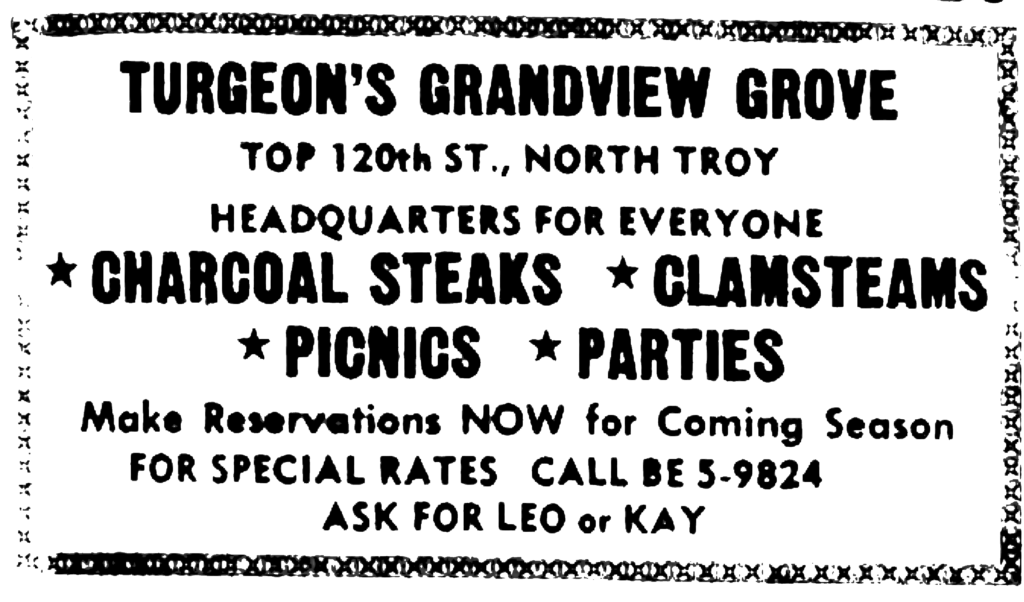 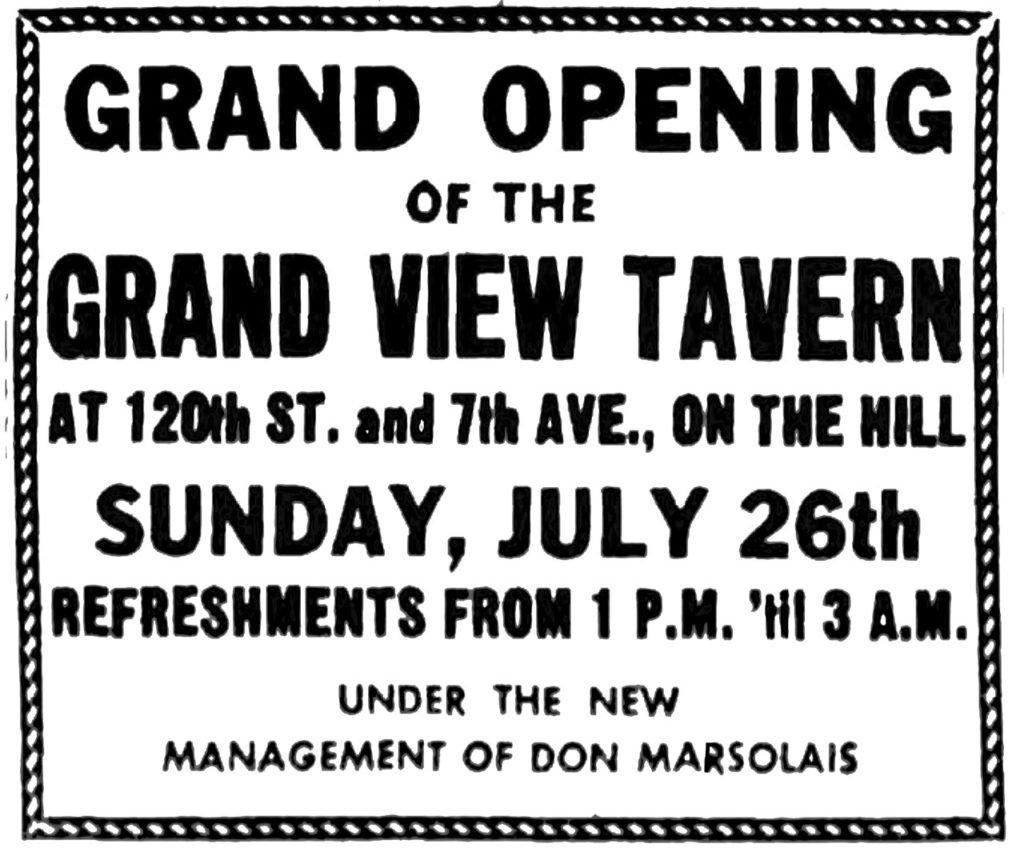 Suspend License Of Restaurant
The State Liquor Authority has announced suspension of the restaurant, liquor license of Donald J. Marsolais, Grand View Tavern, Troy, for seven days starting Monday for sales of alcoholic beverages to a minor. There was no contest to the charge.
The establishment is located at the head of 120th Street in this city.
Times Record. April 16, 1965: 28 col 4.