Lansingburgh Gazette, 1798-1820+.
Weekly. Established Sept. 18, 1798, by Gardiner Tracy, with the title of “Lansingburgh Gazette”. It succeeded the “American Spy“, continuing its advertisements, but adopting a new volume numbering. With the issue of Oct. 14,1806, Luther Bliss was admitted to partnership and the paper was published by Tracy & Bliss, and continued by them until after 1820.
Brigham, Clarence S. “Bibliography of American Newspapers, 1690-1820.” Proceedings of the American Antiquarian Society. April 1917. 271-272. https://books.google.com/books?id=QsQ8AAAAIAAJ&pg=PA271 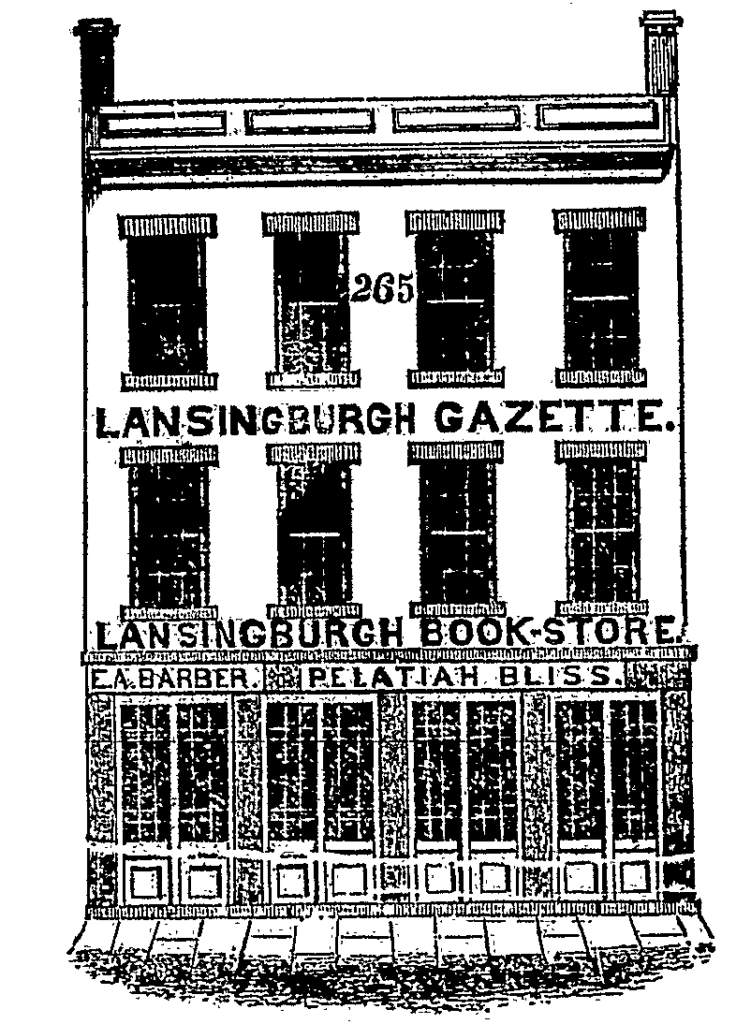