☞ BRIEFS.—A game of base ball on skates will be played on the skating park on Wednesday of next week, provided the weather and ice are favorable.
Troy Daily Whig. January 4, 1866: 3 col 2.

☞ BASE BALL ON THE ICE.—The novelty of a base ball match on the ice, drew together a pretty considerable crowd of spectators at the Skating Park, yesterday afternoon. The game was very interesting, and possessed many ludicrous features not incident to it on terra firma. Messrs. J. McDonald and Robert Green, both veteran players, commanded the respective nines, and marshalled their hosts with consummate tact and ability. Eight innings were played, and McDonald was victorious in a score of twenty-two to fourteen. The following excellent players constituted the nines:
McDonald—McDonald, Gilbert, Nash, Tighe, Smith, Follett, Wood, Worden, Ferris.
Green—Cooper, Green, Rodgers, Peirce, Anthony, Dauchy, Whitman, Cramer, McDonald.
Troy Daily Times. January 11, 1866: 3 col 4.

☞ BASE BALL. […] We hope to see base ball matches on the ice this winter. What would benefit our Skating Park more than a good base ball match? We hope to see that game take a more prominent position among our out-door sports, and hope, also, that the people will add their encouragement to the maintenance of this our only national game. […]
☞ TROY SKATING PARK.—The ball is up! Ho! for the skating park. The ice is in excellent condition—solid, clean and smooth. The managers will keep the Park clear of snow during the skating season, so that the youth and beauty of “Illium” can always find good skating at the “Troy Skating Park.”
Troy Daily Whig. December 18, 1866: 3 cols 2, 3. 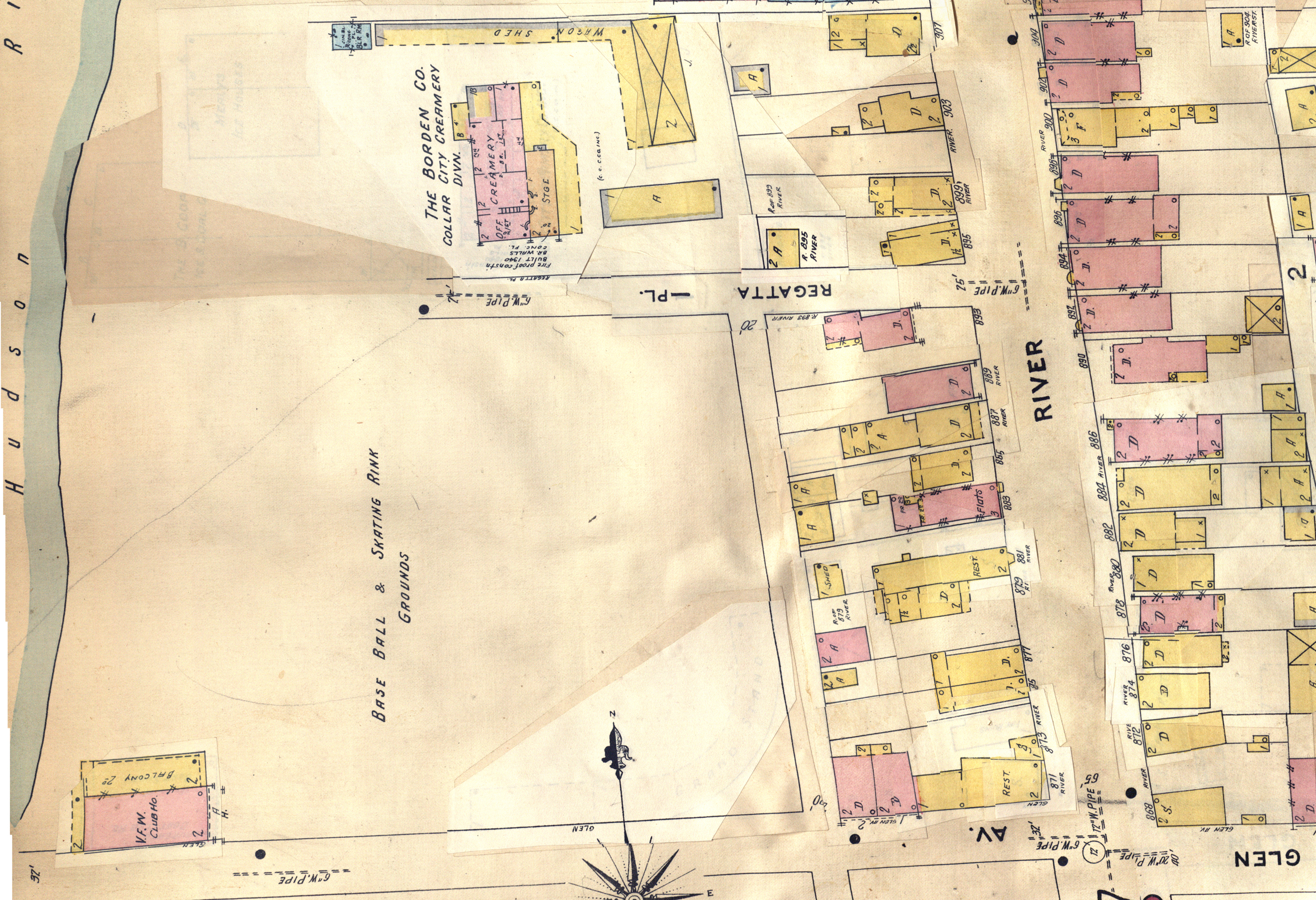 Troy in Skating History.
[…]
Baseball was played on ice on skates as early as 1861. Albany and Troy teams were great rivals in those early days. A soft ball was used in these games. The bat was about five feet long. The skates were much longer than those used at present. The blades curved up over the foot. The top of the skate was wood.
Troy Times. May 6, 1920: 14 col 1.

Young, Michelle. “The Lost Sport of Ice Baseball That Originated in Brooklyn.” untapped cities. May 12, 2016. https://untappedcities.com/2016/05/12/the-lost-sport-of-ice-baseball-that-originated-in-brooklyn/