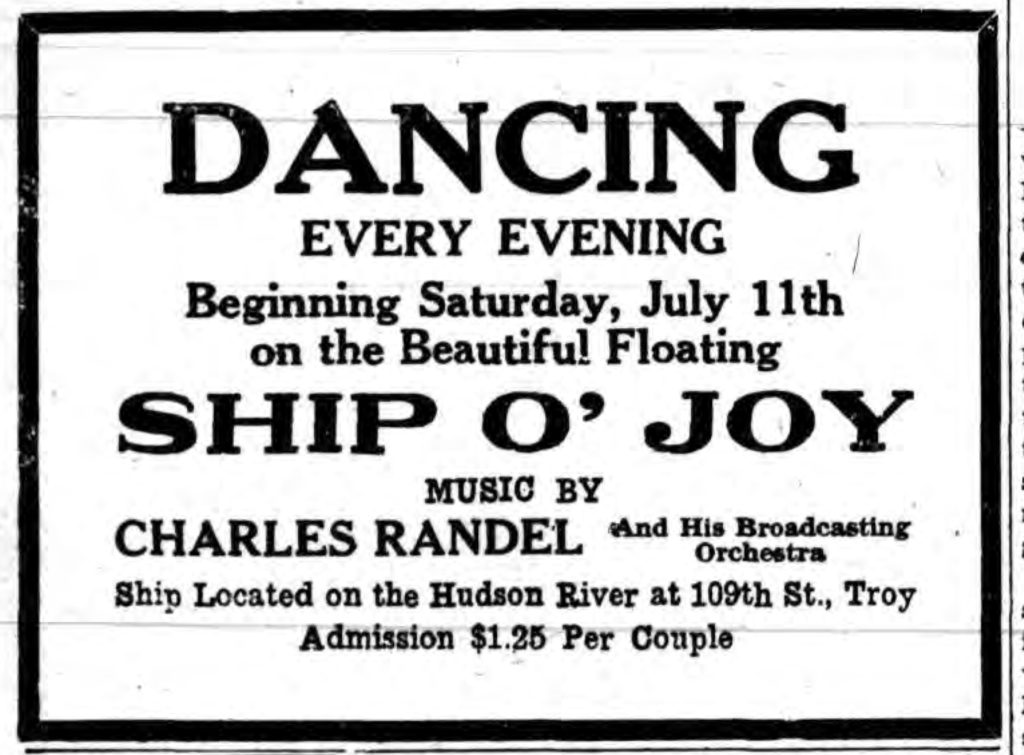 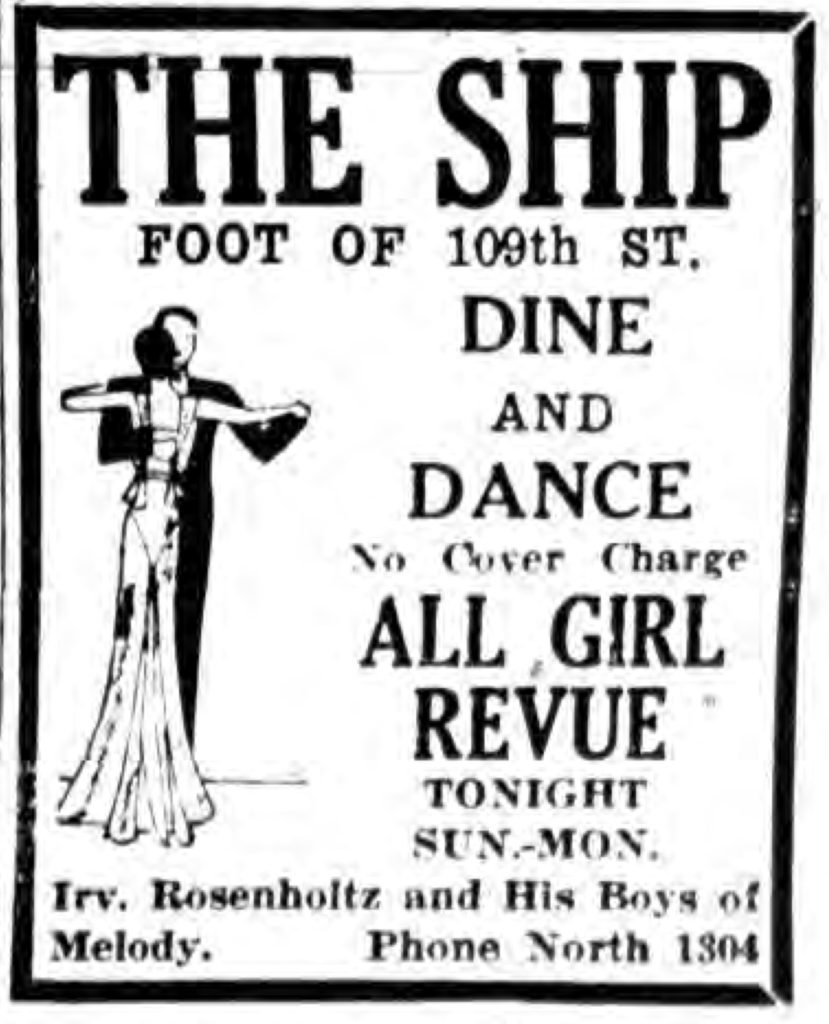 A large number of persons attended the dance conducted under the auspices of the Boys’ Hi-Y Association last evening at the “Ship” at the foot of 109th Street. Members of the committee in charge were John Stinson, Carl Roemer and George Reynolds.
“High School Notes.” Troy Times. May 6, 1932: 3 col 3.

Sorority Plans Dance.
Plans for a semiformal dance to be conducted at “The Ship,” 109th Street, Lansingburgh, were made Tuesday evening at a meeting of members of the Delta Phi Sigma Sorority. The dance will be held Friday, January 27. Arrangements will be completed at the next meeting of the group at the home of Miss Catherine Bain, 15 First Street, Tuesday evening, January 17. Officers of the organization compose the committee in charge of the dance.
Troy Times. January 5, 1933: 7 col 8.

A charity ball will be held Saturday evening at the “Ship,” 109th Street, Lansingburgh under the auspices of the lodge. A floor show will be presented and dancing enjoyed. The proceeds will go to the charity fund of the lodge. Irving A. Smith is Chairman of the committee in charge.
“Annual Election Of Troy Lodge of Moose Conducted.” Troy Times. April 4, 1934: 7 col 4.

Conducted Dance.
More than 150 persons attended the dance at the Ship, 109th Street, last evening, conducted under the auspices of the Alumni basketball team of Lansingburgh High School. Music was furnished by Jack Lloyd and his orchestra. Edward Van Arnam was General Chairman of the committees in charge.
Troy Times. November 28, 1934: 3 col 3.

Word was received in Troy Tuesday of the death in Miami Beach, Fla., of Irving Rosenholtz, 69. An accomplished pianist and organist, he had been a vital part of Troy’s theater and nightlife back when live entertainment was thriving in the city.
Mr. Rosenholtz led his own band and participated annually in the Troy Newswriter shows put on by area newsmen for the purpose of “roasting” area politicians.
He also played in such popular night spots as the Crystal Lounge and the Lenox Hotel and at Proctor’s Theater in Troy, Smith’s Restaurant in Cohoes and at the Bird Cage in Saratoga.
Mr. Rosenholtz was a member of the Troy Musicians Local, the Troy Masonic Temple and was a veteran of World War I, having served in the U. S. Navy.
Brother of Sidney S. Rosenholtz of Troy, he is also survived by one daughter, Mrs. Peter Kronick of Flint, Mich., and one other brother, William Rosenholtz of Burlingame, Calif.
Irving Rosenholtz; Prominent Musician.” Times Record. January 22, 1975: 16 cols 4-5.