The Hudson Vale Institute was at the southwest corner of Sixth Avenue and 116th Street. The building remains.

HUDSON VALE INSTITUTE.—This seminary for young ladies, bids fair to become a highly useful and popular institution. The term just closed has given the most complete satisfaction to all its patrons. The second term will commence on the 18th inst., and we understand a large number of applications for admission have already been made.
Troy Daily Budget. November 16, 1850: 2 col 2. 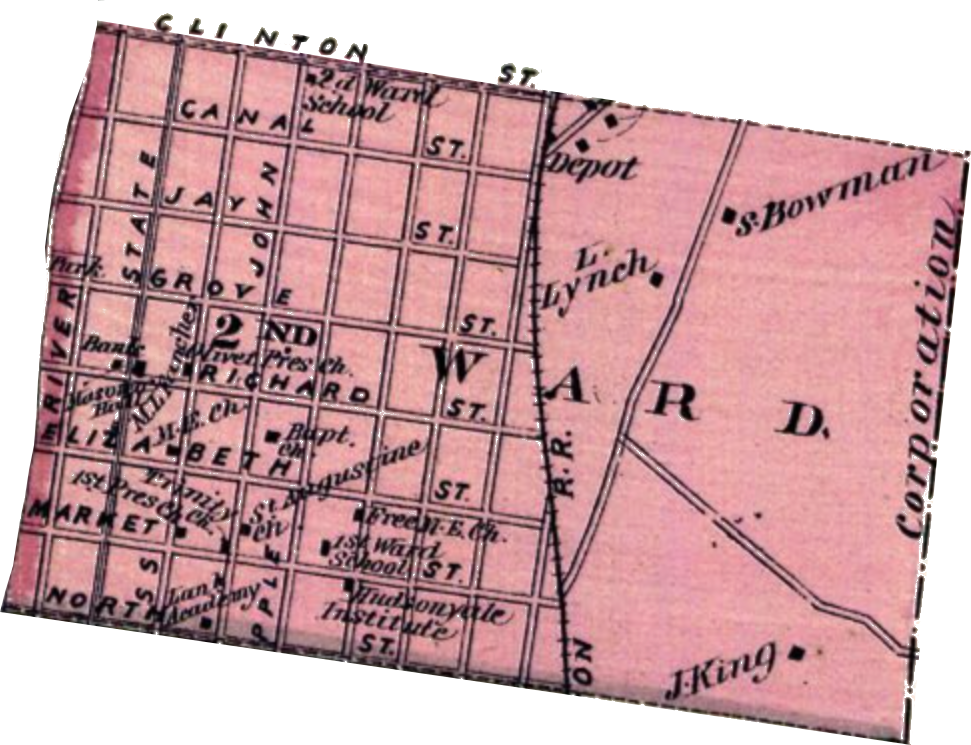 —The Hudson Vale seminary property, at the corner of Market and Ann streets, has been sold by John H. Winslow to Pliney Southwick, who will transform it into four tenements. Price paid, $3,500.
“Splinters and Chips.” Lansingburgh State Gazette. January 21, 1882: 3 col 1.

—Pliny Southwick concluded the purchase of the Lansingburgh Female seminary premises on Tuesday last. Wednesday he commenced transforming the building into four spacious tenements, which are intended to rent for about $200 each per year.
“Village Notes.” Lansingburgh Courier. February 18, 1882: 3 col 2.