Pen Names of Authors.
It has been no uncommon thing for authors to hide their real personality under female names, and many literary women have adopted male pseudonyms. Among them may be mentioned: […] Mrs. Mary Peebles, American juvenile writer, Lynde Palmer
Garrett Clipper [IN]. February 18, 1886: 4 col 2.
Osage City Free Press [KS]. March 11, 1886: 3 col 8.
“Noummes [sic] des Plumes.” Inter Ocean [Chicago, IL]. September 7, 1885: 2 col 7.
“‘Nons [sic] de Plume’: Real and Assumed Names of English Women of Letters.” Morning Mercury [Huntsville, AL]. September 25, 1885: 1 col 7.
MRS. MARY LOUISE PEEBLES.
—
Death of One of the Most Distinguished Literary Women of Other Days—A Representative of Two of the Oldest Families in This Section—A Life Which Was Filled With Christian Usefulness.
Mrs. Mary Louise Peebles, one of the oldest residents of the Lansingburgh district, and for many years prominent in the social and church life of the old village, died yesterday morning at the family residence, 534 Third Avenue, after a long illness. During the latter years of her life Mrs. Peebles had been confined to her house by the effects of a fall that injured one of her knees and incapacitated her from walking, and for a long time she had not been seen about the streets. During the last few months, and until stricken with the illness that caused her death, she had been able to get about the house with the aid of a cane.

An Authoress of Note.
Besides her activities as a leader in the church and Sunday School and in social circles for many years when Mrs. Peebles was in her prime, she enjoyed a reputation as an authoress that extended far beyond local limits and in fact made her known throughout the country as one of the most interesting, entertaining and accomplished writers of her time for boys and girls. Her works had a sale of many editions, and new works by Lynde Palmer, the name under which she wrote, were awaited impatiently and read with avidity. Her popularity was not confined to young people alone, but the beauty of her style and the lessons that could be drawn from her stories created a demand for her books even among adults, and especially among those who were engaged themselves in literary pursuits, and admired the culture and refinement of taste that characterized her work. It was in the time of Oliver Optic and other famous writers for boys and girls, and the reputation of Lynde Palmer was second to none. “John Jack” and “One Day’s Weaving” were perhaps the most popular of her works. Among the others were “The Little Captain,” “Helps Over Hard Places,” “The Good Fight,” “The Honorable Club,” “Drifting and Steering,” “Archie’s Shadow,” “Twinkle and Winkle,” “Two Blizzards,” “A Question of Honor” and “Where Honor Leads.” Like most others, her writings had their day, but even now collections of her books may be found in libraries in this section and doubtless in other parts of the country.
Troy Times. April 26, 1915: 5 col 2. 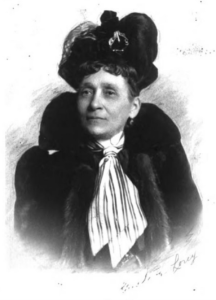 Drifting and Steering A Story for Boys. J. Knight, 1870. https://books.google.com/books?id=TqsNAAAAQAAJ