An 1816 map of Lansingburgh had an area labeled “Swamp,” roughly corresponding to an area from above 115th to above 119th, from Eighth Avenue east almost to the railroad track. Other areas later described as swamps were found at other spots along the side hill, and above Northern Drive east of the New Turnpike Road. 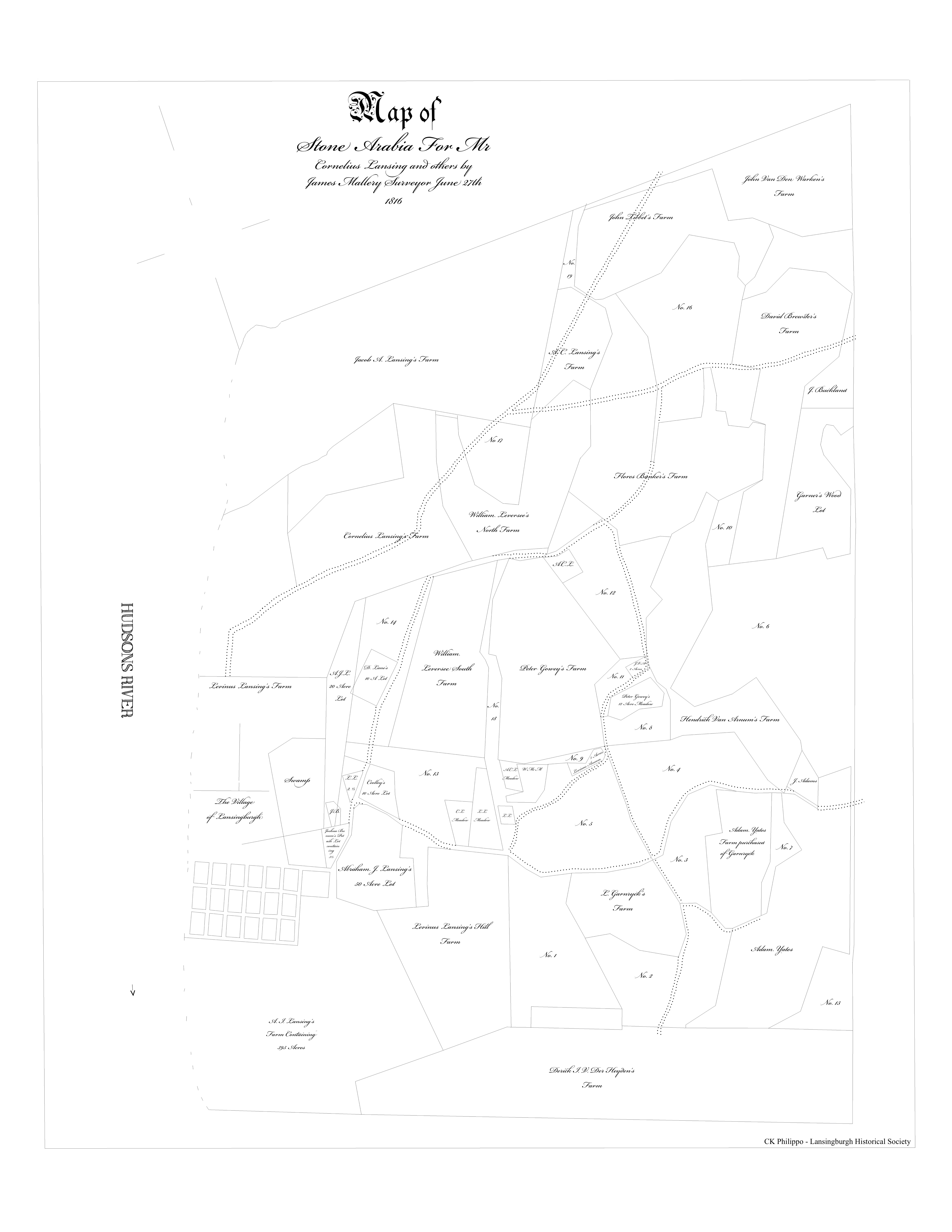 ☞ We understand that the local travel between this place and Troy, will, in a measure, control the action of the Eastern Rail Road Company, in locating their route through “the garden.” The idea that unless a certain amount of stock is taken here, the company will run the road through the swamp between this village and the hill, is all gammon, so long as there is such a large amount of local travel to prompt to a different course. The Trojans are some, but we do not believe any of our citizen will be coerced into a measure by any threat of having the road made into a kind of shun-pike around the village. If they are, we shall conclude that they are very green. The idea that it would be to the interest of the company to run the road east of the village is only thrown out to catch gudgeons. The village can do without the road as well as the road can do without the local travel referred to.
Lansingburgh Democrat. December 6, 1849: 2 col 4.

—One of the grasping mercenary residents of this village, who are a blot on our village prosperity, objected to the railroad project for fear it would depreciate a track of “swamp land” on Ann street. He prematurely consulted his lawyer in Troy, and desired to put an injunction on the project, the lawyer called him a fool, and told him to go home.
Lansingburgh Gazette. January 11, 1873: 3 col 1.

—A meeting of the town board of health was held Tuesday night. The health officer was instructed to notify the owners of numerous premises on which nuisances were reported to cause their abatement forthwith. The board resolves to visit the old gas house property, the swamp land in the third ward and the alleys between Mohawk and Clinton streets and State and River streets for the purpose of determining what steps are necessary to place those localities in proper sanitary condition.
“Village Notes.” Lansingburgh Courier. May 23, 1885: 3 col 2.

Improvement for Lansingburgh.
Mr. Frederick’s resolution to declare the territory between Eighth and Ninth Avenues and Second and Third Streets, Lansingburgh, a public menace to health and to have the place drained was referred to the Public Works Committee. This is low, swampy land west of the Boston and Maine tracks and north of Congressman Draper’s factory.
Troy Times. January 19, 1912: 2 col 5.

The Cramp House.
The two-story double frame dwelling on the south side of [One Hundred] Thirteenth Street, once Hoosick Street, midway between Second and Third Avenues, formerly State and Congress Streets, owned by James N. Spotten, is the old Cramp house rebuilt. The first owner within the recollection of the people of to-day was commonly known as “Daddy” Cramp, but there were owners before his time and the original structure was one of the earliest. it is related that during the war of 1812 several British officers were on parole in Lansingburgh and were quartered with Captain Oakley, who lived in the Cramp house. They could be seen daily in the swamp back of the village, hunting snipe and other game.
Troy Times. May 30, 1914: col 3.

SPECIFICATIONS FOR SEWER IN 111TH STREET
—
Expected to Relieve conditions in Lansingburgh—Contractors Cited Before Board of Contract.
Preliminary steps towards eliminating the mosquito-ridden, disease-breeding swamp land in the lower part of Lansingburgh were taken by the Board of Contract and Supply to-day, when the City Engineer presented specifications for a sewer to be paid in One Hundred and Eleventh Street, under Second Avenue, Sixth Avenue and Eighth Avenue. The sewer is to be laid at these special points at once because of the new pavements to be laid on those avenues. Eventually a trunk line sewer is to be laid which will extend from the Boston and Maine tracks to the Hudson River and which will serve to drain about sixty acres of territory. In time is it expected the drainage system will be the means of adding considerable real estate to the city tax roll. Bids for the sewer will be received July 7.
Troy Times. June 27, 1923: 5 col 6.