The New York State Newspaper Project indicated the Lansingburgh Times published into 1904 but found no holdings in New York after the May 25, 1895 issue. References to it in contemporary publications do suggest that it may have been published at least until 1902. 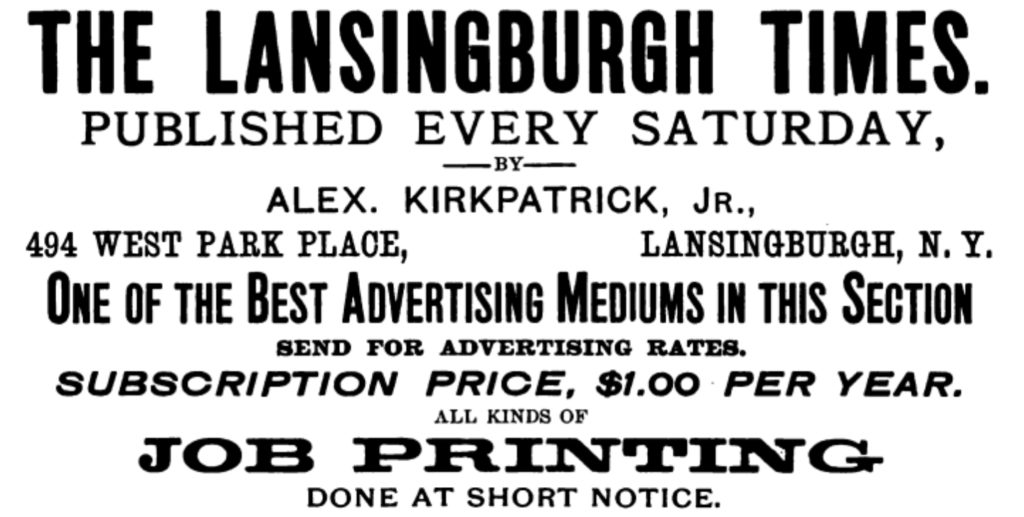