The Powers School was at the southeast corner of 111th Street and 4th Avenue. The building still stands, in use for apartments.

—The Powers school house is nearing completion, and it is intended to have it ready for occupancy when the other schools open, Sept. 9.
“Notes About Town.” Lansingburgh Courier. August 24, 1889: 3 col 2. 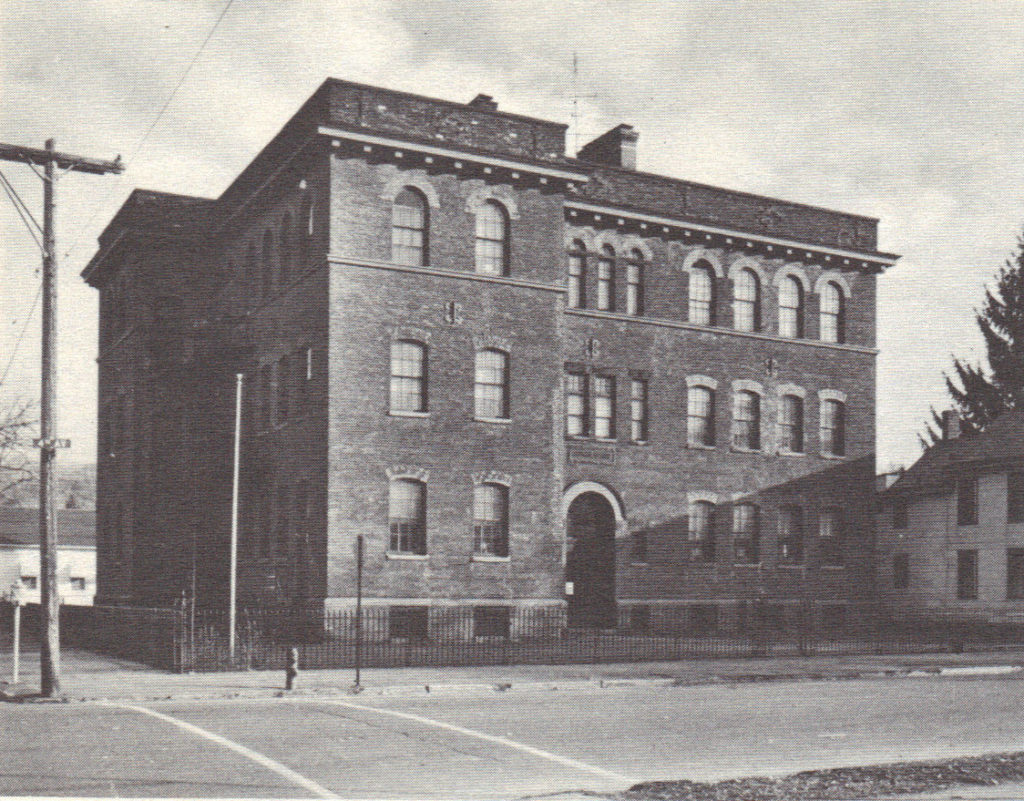 Powers School
432-438 Fourth Avenue
Like other late-nineteenth century Lansingburgh schools, the Powers School was named for important industrialists of the village. The Powers family owned the largest oil cloth factory in Lansingburgh and made generous contributions to the community including Powers Park and the Powers Home for Aged Ladies. Constructed in 1888-89, the school was designed by architect Edward W. Loth of Troy and contained twelve classrooms. Contracts for the construction of the building were awarded to the following firms: masonry, Darrow & Gallagher; carpentry, Witze & Co.; painting, Charles D. Clark; and plumbing, Milligan & Schermerhorn. In January, 1908, the school was severely damaged by fire. Repairs were carried out quickly, and the school was reopened the following November. The Powers School is still in use as an elementary school.
Waite, John G. The Architecture of Lansingburgh, New York. Lansingburgh, NY: Lansingburgh Historical Society, 1976