At least a couple people from Lansingburgh ran as candidates of the Socialist Labor Party (1876-present), also known as the Industrial Government Party, notably Norman S. Burnham who was the party’s 1902 candidate for Lieutenant Governor of New York. 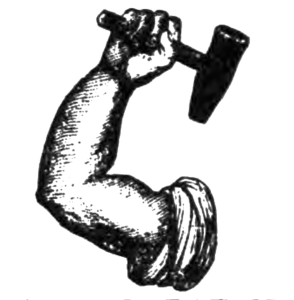 Emblem chosen to represent and distinguish the candidates of the Socialist Labor Party.

CANDIDATES NOMINATED BY THE SOCIALIST LABOR PARTY.
NAME OF CANDIDATE. TITLE OF OFFICE. PLACE OF RESIDENCE OF CANDIDATE. PLACE OF BUSINESS OF CANDIDATE. […]
George C. Soth… Auditing Superintendent of the Poor… 369 Fourth avenue, Lansingburgh, N. Y. … 369 Fourth avenue, Lansingburgh, N. Y.
Troy Daily Times. November 7, 1898: 5
CANDIDATES NOMINATED
BY THE
Socialist Labor Party. […]
Name of Candidate. Title of Office. Place of Residence of Candidate. […]
Norman S. Burnham. Lieutenant-Governor. 121 5th Avenue, Upper Troy, N. Y.
Buffalo Courier. October 29, 1902: 3.
SOCIALIST LABOR PARTY TICKETS TO BE VOTED FOR THIS FALL.
—
[…]
CITY OF TROY […]
For City Treasurer,
NORMAN S. BURNHAM.
Weekly People. October 31, 1903: 6 col 4.
IN MEMORIAM.
—
NORMAN S. BURNHAM.
The Socialist Labor Party has lost another devoted supporter in the death of Norman S. Burnham. Comrade Burnham died on December 30 of the so-called sleeping sickness, being sick only about two weeks.
Comrade Burnham was born in Troy, N. Y., March 9, 1864. He joined Section Rensselaer County, Troy, N. Y., on September 28, 1899, and was a member until July 1904. In 1902 when [Daniel] De Leon ran for Governor of New York Comrade Burnham was his running mate as candidate for Lieutenant Governor. He was a cigar maker and about this time his health failed; when he had been out of work for a long time the doctors told him he could not work at his trade, and for some time he had a rather hard time trying to make ends meet. He finally located in New York City where he met with more success. Owing to the nature of his business he was unable to take an active part in the Party’s work, but he never failed to render such financial support as was within his means. He was a sincere supporter of the Socialist Labor Party and believed implicitly in its principles and the correctness of the Party’s tactics.
Comrade Burnham’s wife died September 1926 and this was a hard blow to our comrade. He is survived by an only daughter, Miss Frances I. Burnham. The sympathy of the Sociality Labor Party is extended to his daughter whose sad duty it became to announce to us his untimely death.
Arnold Petersen,
National Secretary.
Weekly People. January 28, 1928: 5 col 3.