“Perhaps the best way to approach films such as The Last of the Pagans and Omoo Omoo the Shark God is to see them as exemplifying a marketing strategy which reduces the author’s name to the function of signifying ‘literature’ as part of the total entertainment package offered by these films.” — Hayes, Kevin J. Herman Melville in Context. Cambridge UP, 2018.

Only a few films have been adapted from the two novels Herman Melville wrote in Lansingburgh, all three of them so loosely as to barely have any connection with the source material. A version of Typee that might have been more faithful was early in pre-production in 1956 but was cancelled, possibly due to second far less faithful adaptation starting up in 1957 – what would become Enchanted Island.

A curious coincidence — the song “Enchanted Island” by the Four Lads that was used in the film and advertised in some of its newspaper ads and on its posters, was written by Robert Allen Deitcher, a native of Troy. Whether Deitcher knew that Enchanted Island was based on Herman Melville’s Typee, and that Typee was written in the Village of Lansingburgh, a place that was later annexed by the City of Troy, who knows? He moved to Scotia at a young age, so possibly not. Charles Deitcher, the songwriter’s father, had operated the Colonial Theatre in Troy for a time and his grave is in Beth Tephilah Cemetery in Troy.

During the period when he was editing Moby Dick the director planned to follow it with Typee, another Melville project starring Gregory Peck, which would be filmed in Tahiti and British Samoa. There was much talk of Huston’s flying Peck to the islands in search of a beautiful native girl who would portray his wife—and a shooting date of July, 1956, had been tentatively assigned.
Nolan, William F. John Huston: King Rebel. Sherbourne Press, 1965. 149.

Alan Frazer.
Huston to Make ‘Typee’ in Pastels
ONE FEATURE of the new version of “Moby Dick” (Astor) is the color, which is subdued, in harmony with the mood of the story. This effect, entirely new in movies, was obtained by printing the film in black and white over color. In the tragic ocean scenes, it is just barely color at all. Producer-director JOHN HUSTON saw those south seas in such hues when he voyaged there—seeking, not the great, white whale, like Captain Ahab, but realism.
Next, in “Typee,” Huston will try genuine pastel shades, pale colors of high brilliance, like those of the French artist GAUGUIN, who painted in Tahiti. For Typee is a velley and once was the name of a tribe, in the Marquesas. There HERMAN MELVILLE, author of “Typee” and of “Moby Dick,” was a prisoner of cannibals…One day he was about to be cooked for dinner; the next, he was being courted by the savage king’s daughter. So I was informed by GREGORY PECK, a student of Melville and a pupil of Huston.
Boston Sunday Advertiser. July 1, 1956: 7.

LOOKING AT HOLLYWOOD
Lucky Jockey Pearson
By HEDDA HOPPER
(Chicago Tribune-N. Y. News Syndicate)
HOLLYWOOD — Jockey Bill Pearson, $64,000 question prize winner, is still riding high with luck. John Huston told me Bill will have one of the top roles in “Typee.” He’ll play Toby Green, the pal of Herman Melville who jumped the whaler Asuchnet [sic] with him in the Marquesas where they lived among the annibals for over two months. Peck will play Melville.
When publishers questioned the authenticity of “Typee,” it was Toby who showed up unexpectedly to confirm the truth of their adventure. Huston took off over the week end to scout locations in Tahiti. The film will start this summer and meanwhile Pearson’s under orders to let his short cropped hair grow out.
Times-Picayune [New Orleans, LA]. May 16, 1956: 7 col 3.

In the last few years [Martin Scorsese] has succumbed to an uncharacteristic temptation: he has been reading books, encouraged that he can read while riding his stationary bicycle. Currently he is working his way chronologically through Herman Melville. Having finished ”Typee,” ”Omoo,” ”Mardi,” ”Redburn” and ”White-Jacket,” he is headed toward ”Moby-Dick” and ”Pierre.”
But even as he talks about his fascination with Melville, he interrupts himself to recall that Hollywood turned ”Typee” into ”Enchanted Island” starring Dana Andrews.
Gussow, Mel. “Movie Fan Who Also Makes Them.” N. Y. Times. March 8, 1997.

Huston’s film version of Moby-Dick finally reached the screen in 1956, after well over a decade languishing in development. […] the cost of it all but bankrupted Moulin Productions, using up all the profits from Huston’s popular Toulouse-Lautrec biopic Moulin Rouge, and ended Huston’s intentions to film Typee.
Kim, Heidi. Invisible Subjects: Asian America in Postwar Literature. Oxford UP, 2016. 197 n. 33.

Two Producers in Clash Over ‘Typee’
By LOUELLA PARSONS
HOLLYWOOD—You can imagine the shock Gregory Peck, John Huston and Allied Artists had when Ben Bogeaus announced that he is starting Herman Melville’s classic, “Typee,” in forty-five days, with Ray Milland as his star!
Allied has already spent half a million dollars preparing “Typee” and Greg was paid $250,000 in advance. Huston took a trip to the Fiji Islands to plan locations, and then decided to postpone “Typee” until later this year.
Bogeaus says he registered the title two years ago and that the Melville classic is in public domain. He also says he has a complete script by James Leicester and he has shot 35,000 feet of color film in the Fiji Islands using the natives. […]
Louella Parsons’ column is a regular feature of the Boston Sunday Advertiser.
Boston Evening American. June 8, 1957. 20 cols 1-2.
By Hedda Hopper
New York
Cornel Wilde received a script on “Typee” from Ben Bogeaus who asked him to star in it. This Herman Melville tale is one Cornel has long wanted to do.
Omaha World-Herald. October 14, 1957: 22 col 5.

Louella O. Parsons:
Blondest Blonde Will Dye Blackest
(While Louella Parsons is on vacation the column will be written by Dorothy Manners.)
By Dorothy Manners
INS Staff Writer
HOLLYWOOD, Nov. 8.
NEXT THURSDAY in Acapulco, small Janie Powell, who has been our silverest blonde, will dye coal black to portray the native girl in “Typee.”
That’s the day Ben Bogeaus’ production of the Herman Melville classic gets under way, with Alan Dwan directing, and Dana Andrews and Dan Dubbins co-starring
That is Jane’s longed for chance to prove she can do more than fluffy screen musicals, or the light comedy of her TV show. She’s taking her husband, Pat Nearney, and her children along on the Mexican location with her.
Detroit Times. November 8, 1957: 15 cols 1-2. 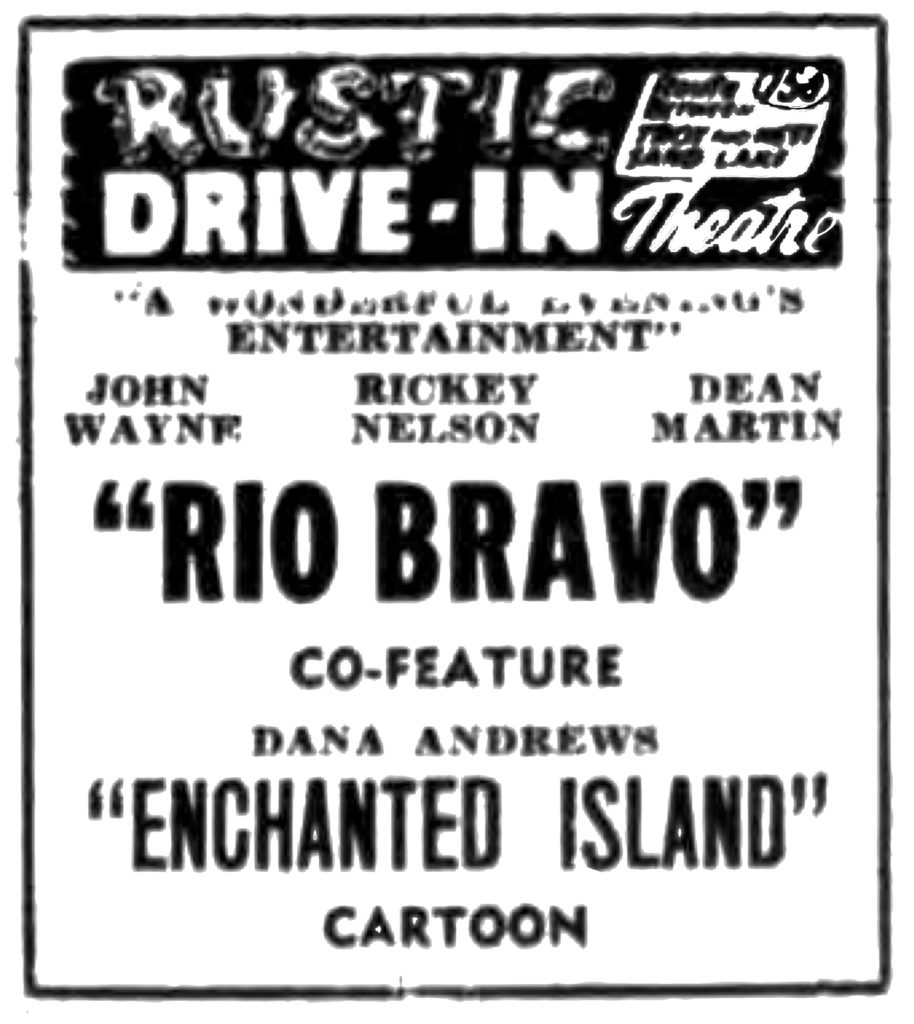 [Jane Powell] got a few grownup parts in movies; they were dreadful. She played a South Seas cannibal in a black wig in Enchanted Island , a low-budget horror based on Herman Melville’s Typee : “I did it because they promised me a death scene, then they took it out because they said, ‘Jane Powell cannot die.’ The film was so bad the director, Allan Dwan, would tear pages out of the script after each scene and throw them over his shoulder.”
Reed, Rex. “Jane Powell on Aging, Acting and MGM.” Observer. July 31, 2000. https://observer.com/2000/07/jane-powell-on-aging-acting-and-mgm/