☞ Mr. William R. Barton has become the purchaser of four acres of valuable land lying on the Cemetery avenue, a little distance southeast of Diamond Rock, and in the town of Brunswick. The price paid was $200 per acre, and the premises are a part of the farm of Stephen F. and Calvin Bowman. Mr. Barton intends to erect a dwelling upon the lot, and to set it out with pear trees, grape vines and other fruit.
Lansingburgh Weekly Chronicle. August 15, 1865: 3 col 3. 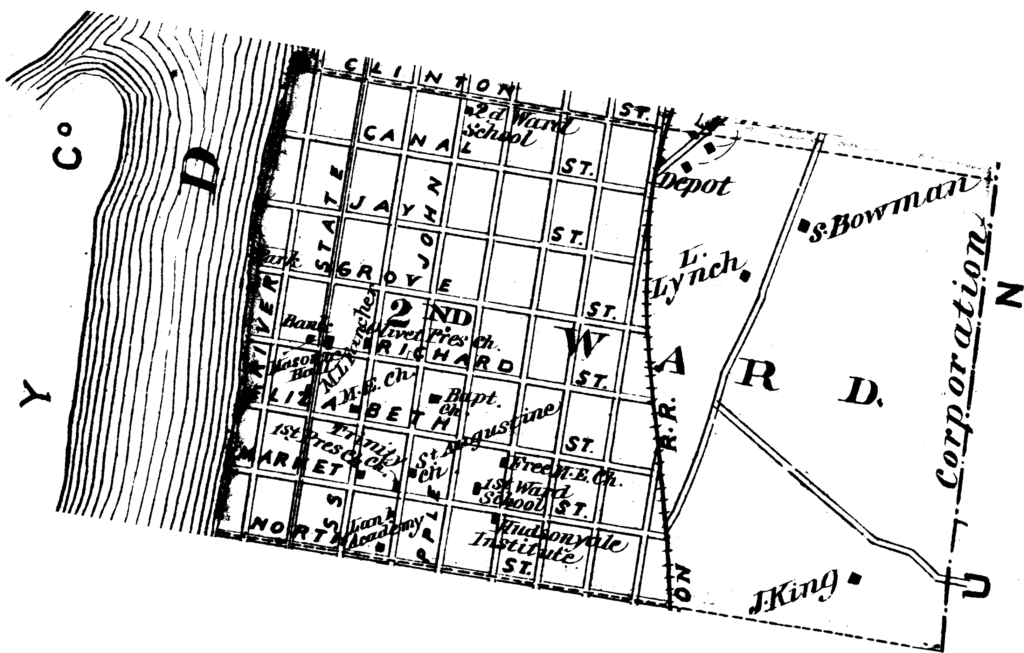 The farm of Mrs. Bowman just east of Diamond Rock, consisting of 42 acres, was sold to the Eaton brothers of Brunswick on Monday.
“Village Notes.” Lansingburgh Courier. March 3, 1876: 3 col 1.