Eddy’s Lane Crossing had been an at-grade railroad crossing where Glen Avenue used to connect with Eddy’s Lane in the Batestown area. At present there are instead a series of steps to the west and east of the Uncle Sam Bikeway which connect the two roads for pedestrians only.

Sudden death struck again at the Glen Avenue-Eddy’s Lane railroad crossing, above, snuffed out lives of Mr. and Mrs. John W. Pohl of Watervliet and William H. LaBar of Mechanicville on Christmas night. The photograph was taken facing west and shows the grade up which the coupe traveled to destruction before the oncoming Minute Man, crack Boston & Maine flier. Black arrows indicate course of auto before accident. White arrows show course of auto after being struck by train.
“Three Die at Grade Crossing.” Times Record. December 26, 1935: 1.cols 4-7. 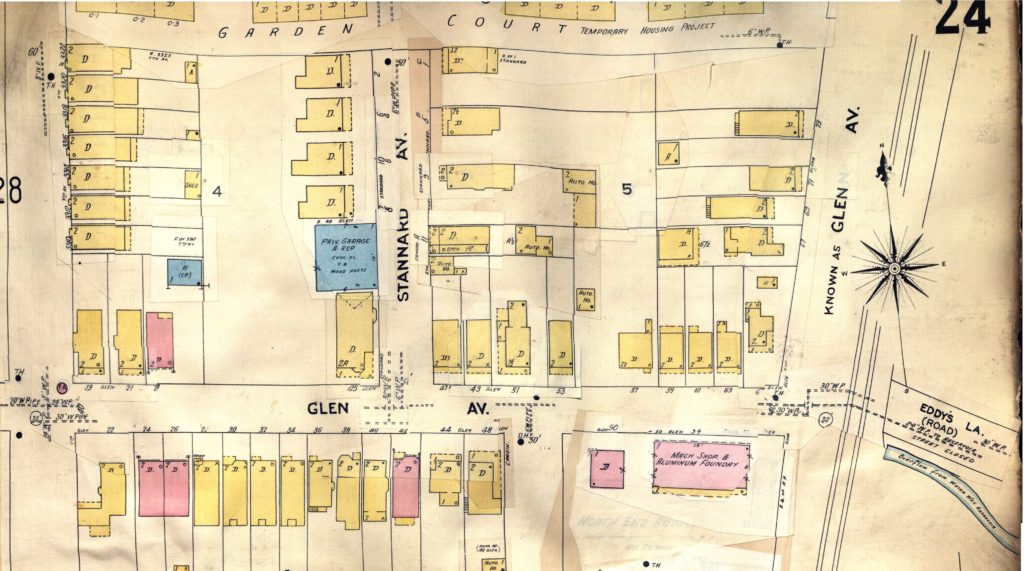 Detail showing Eddy’s Lane Crossing from 1903 Sanborn Fire Insurance Map. Note that sometime after 1903 (probably between 1935 and 1955) a new piece of map was pasted over Eddy’s Lane on this map noting it to be closed.