News Of Area Servicemen At Home And Abroad.
By JAY LIONARONS […]
Pfc. Peter M. Guenette, son of Mr. and Mrs. Eygene Guenette of 495 3rd Ave., is serving with the 101st Division, Screaming Eagles. He has been in Vietnam since Dec. 1, 1967.
Volunteering for paratrooper school, he received his basic training at Ft. Jackson, S.C. and advanced infantry and paratrooper training at Ft. Gordon and Ft. Benning, Ga.
He was then shipped to Ft. Campbell, Ky., where he received jungle warfare training before going to Vietnam.
He is a 1965 graduate of Catholic Central High School and attended HVCC.
Times Record. January 17 1968: 12 cols 1-2.

*GUENETTE, PETER M.
• Rank and Organization: Specialist Fourth Class, U.S. Army, Company D, 2d Battalion (Airborne), 506th Infantry, 101st Airborne Division (Airmobile)
• Place and date: Quan Tan Uyen Province, Republic of Vietnam, 18 May 1968
Citation: For conspicuous gallantry and intrepidity in action at the risk of his life above and beyond the call of duty. Sp4c. Guenette distinguished himself while serving as a machine gunner with Company D, during combat operations. While Sp4c. Guenette’s platoon was sweeping a suspected enemy base camp, it came under light harassing fire from a well equipped and firmly entrenched squad of North Vietnamese Army regulars which was serving as a delaying force at the entrance to their base camp. As the platoon moved within 10 meters of the fortified positions, the enemy fire became intense. Sp4c. Guenette and his assistant gunner immediately began to provide a base of suppressive fire, ceasing momentarily to allow the assistant gunner time to throw a grenade into a bunker. Seconds later, an enemy grenade was thrown to Sp4c. Guenette’s right flank. Realizing that the grenade would kill or wound at least 4 men and destroy the machine gun, he shouted a warning and smothered the grenade with his body, absorbing its blast. Through his actions, he prevented loss of life or injury to at least 3 men and enabled his comrades to maintain their fire superiority. By his gallantry at the cost of his life in keeping with the highest traditions of the military service, Sp4c. Guenette has reflected great credit on himself, his unit, and the U.S. Army.
https://history.army.mil/html/moh/vietnam-a-l.html

LL Memorial Benefit Tilt Set Tonight
The second annual exhibition softball game for the benefit of the Lansingburgh Little League Memorial Fund will take place at 8 p.m. today at the 112th Street Field.
Teams made up of coaches from Lansingburgh Independents and the Little League will meet under the lights to help maintain a memorial erected at Macomber Field last year in honor of three Burgh servicemen killed in Vietnam.
The tribute, which includes a granite a bronze memorial and flag pole, is kept lighted 24 hours a day in memory of Medal of Honor winner Peter Guenette, Kay Tymeson (both of the Army) and Marine Paul Baker, all of whom were graduates of the Burgh Little League.
Proceeds of the benefit will be used to maintain the memorial site, which is cared for by volunteer workers.
Times Record. August 14, 1970: 18 col 7. 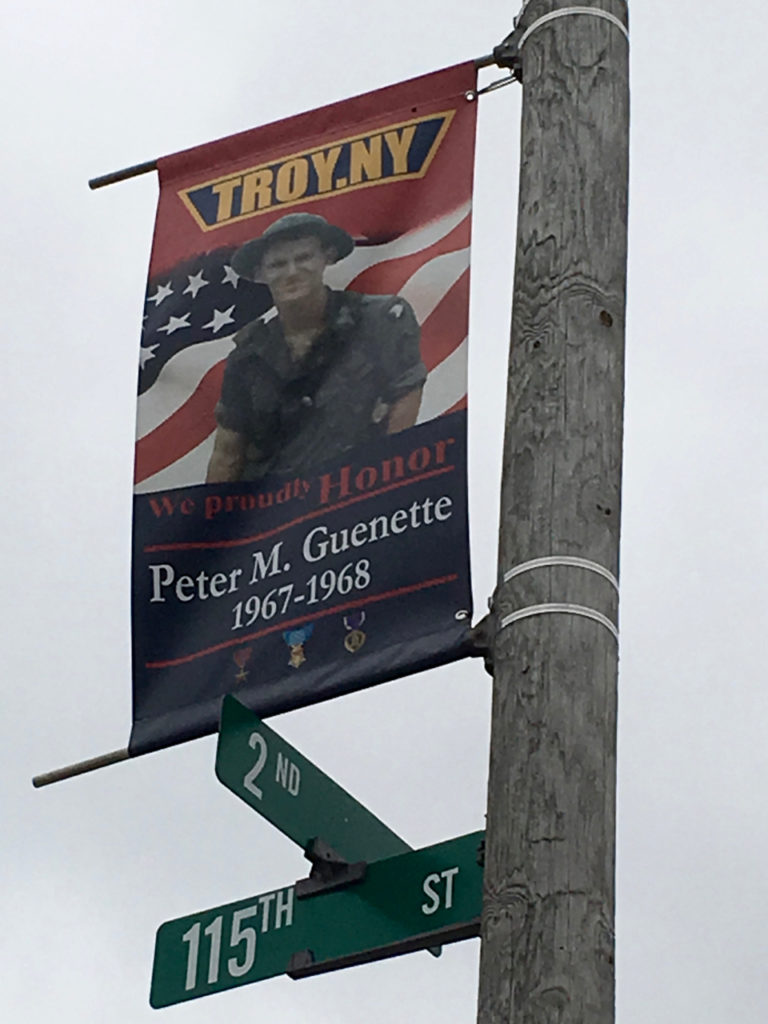 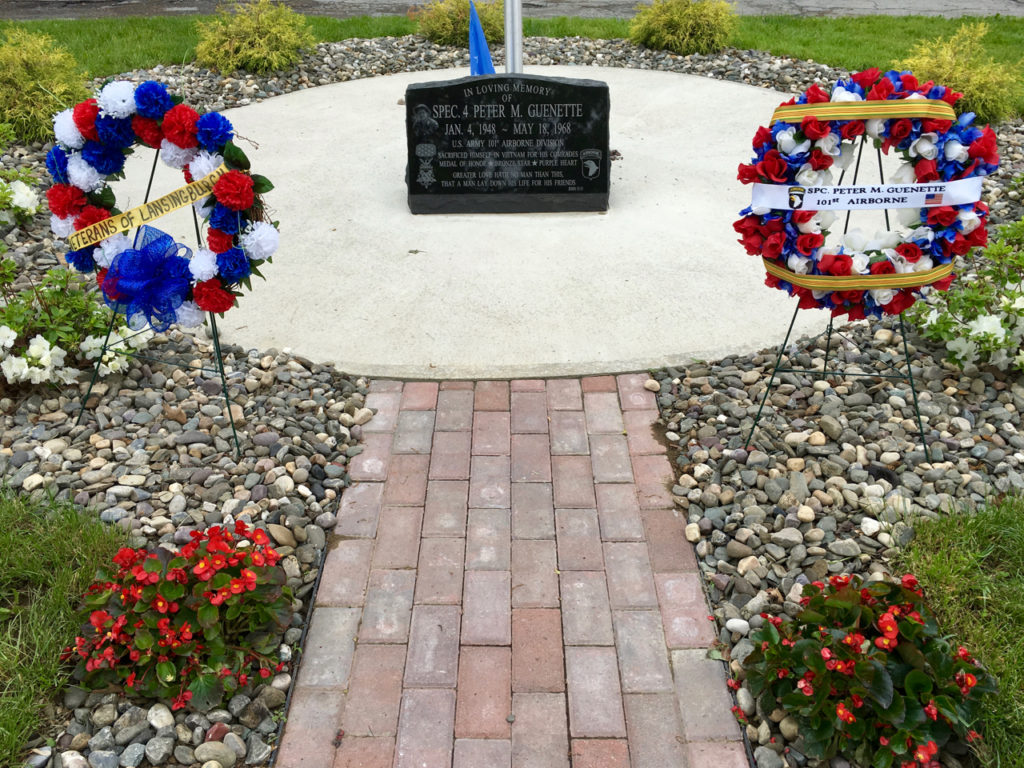