Big Rock Candy Mountain was located on the southern side of Rice Mountain in the Speigletown and Cooksborough area. Two roads at the former site are named Rock Candy Lane and Ribbon Candy Lane.

Located in the rolling back hill country north of Troy, N. Y., Rock Candy’s 800-foot elevation provides a view of the Berkshires to the east and the sprawling expanse of the Hudson and Mohawk River valleys to the west. It also provides some excellent day-and-night skiing.
The farms which surround it have changed little since pre-Revolutionary War days. And in fact, Rock Candy’s lodge is a slightly converted barn which came with the 200-year-old house across the road.
The prime mover and chief enthusiast behind Rock Candy is a recently transplanted anesthesiologist named Dr. Eugene Rockwell, which gives an inkling as to how the slope got its name.
O’Brien, Bob. “Big Rock Candy Mountain.” Skiing 22(6). February 1970. 118-119. https://books.google.com/books?id=US68VNXAxSIC&pg=PT12 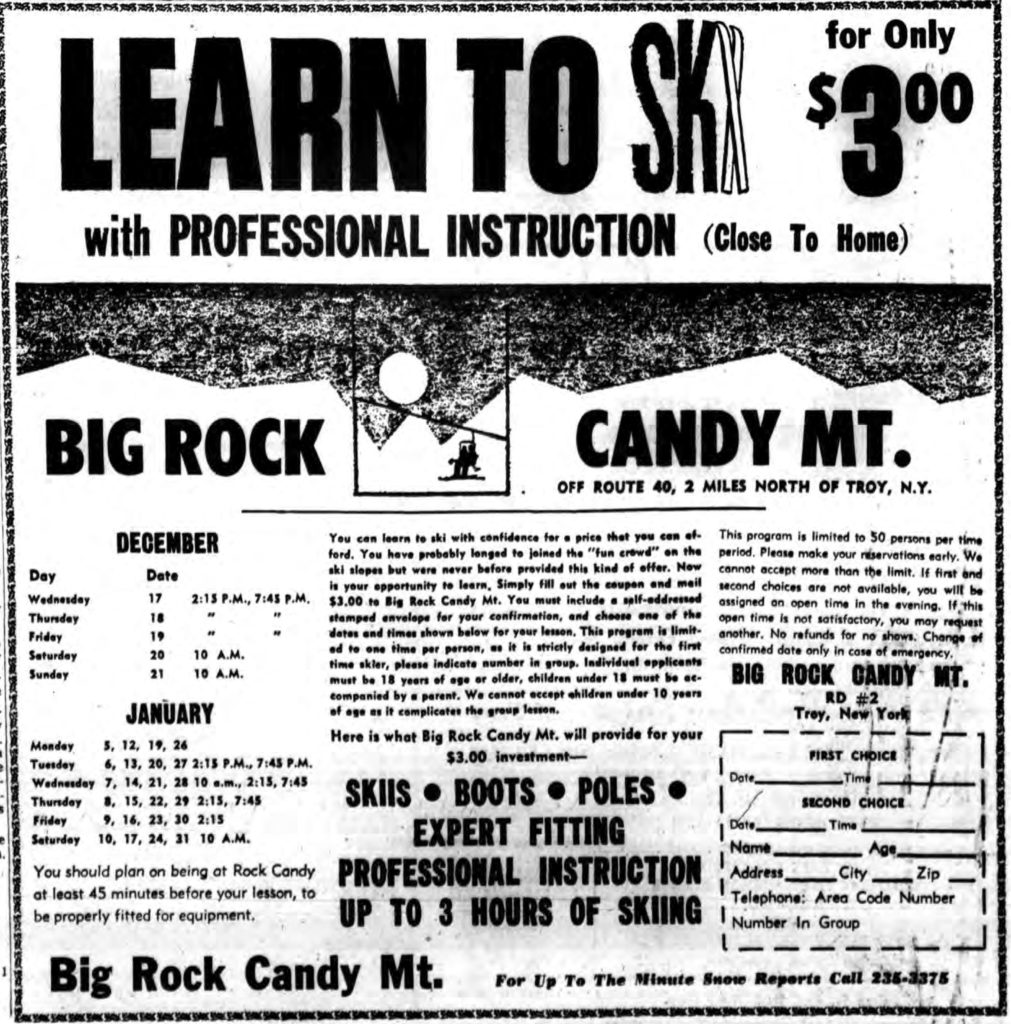 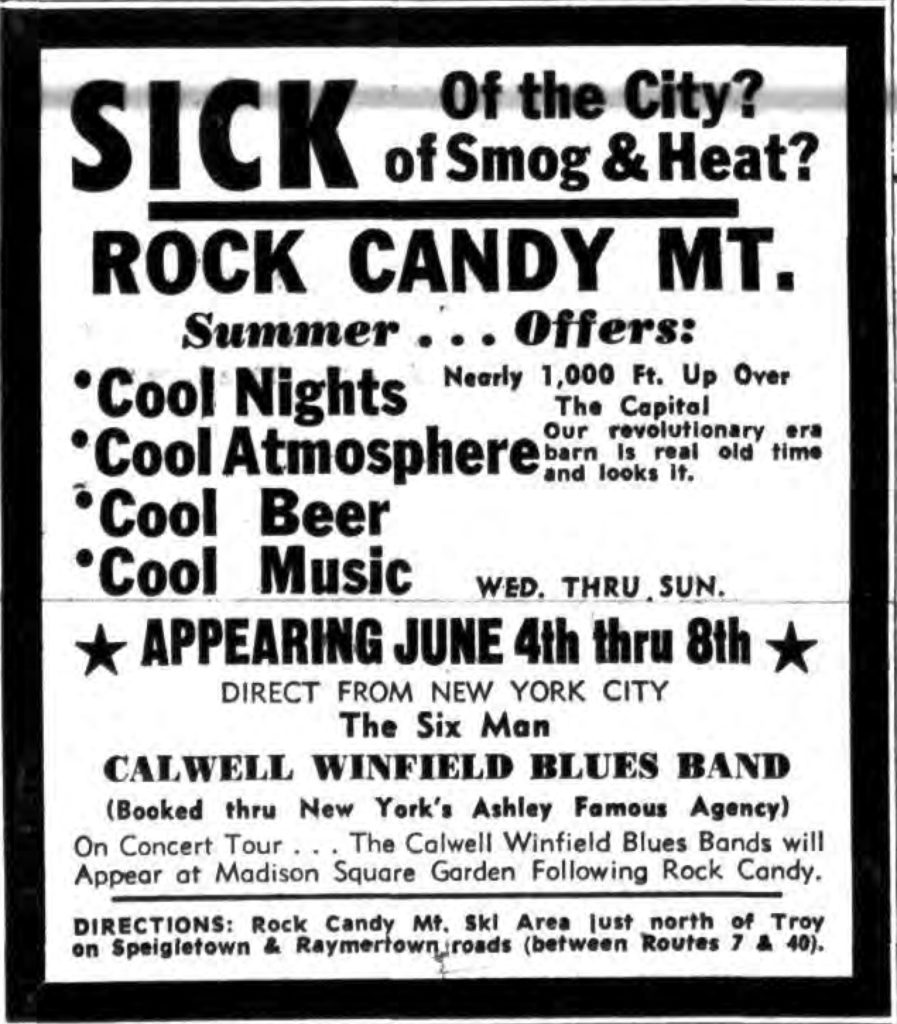