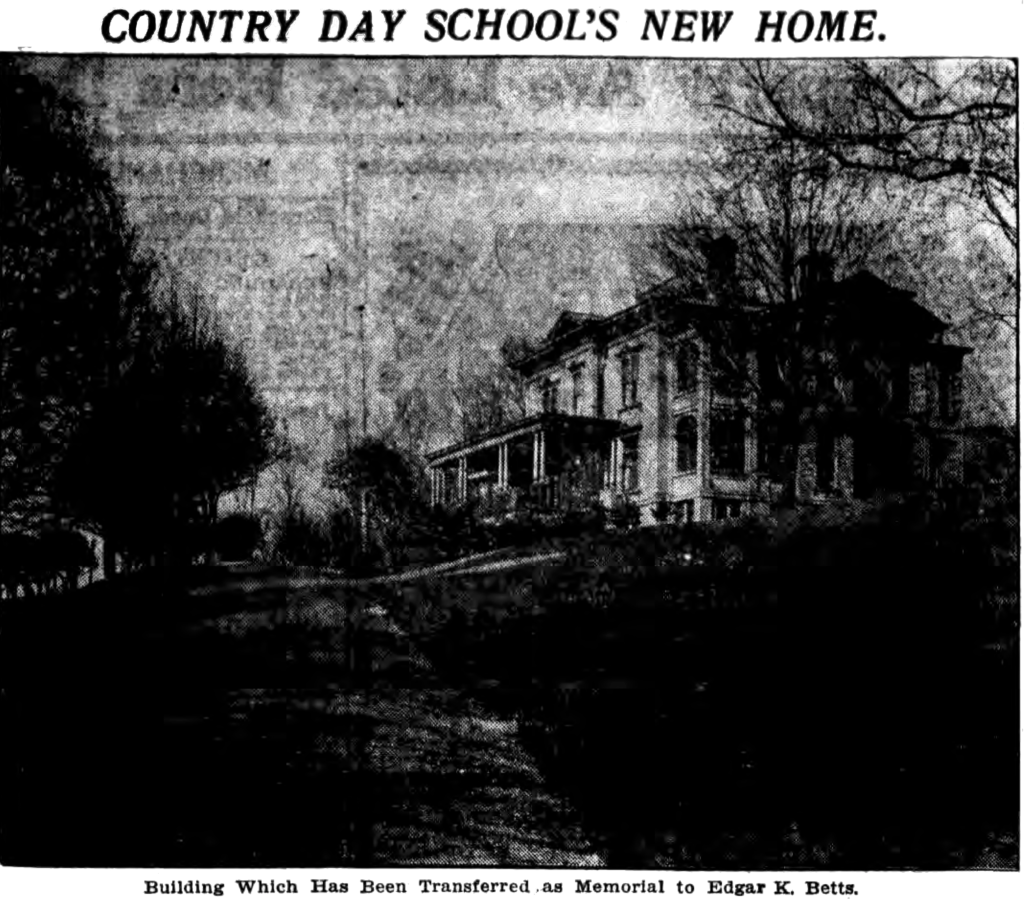 Country Day School’s New Home
Building Which Has Been Transferred as Memorial to Edgar K. Betts.
Troy Times. May 7, 1928: 5 cols 2-4. (Cropped from scan by Fultonhistory.com)

TROY COUNTRY DAY SCHOOL DESCRIBED BY HEADMASTER
—
Was Established to Meet Need for Boys in Vicinity—Is Doing Excellent Work.
The establishment of the Troy Country Day School was the answer to the question of a parent: “What will my boy do in the afternoon after school?” according to a talk by C. O. Boocock, Headmaster of the Troy Country Day School, at Troy Rotary meeting this noon at the Hendrick Hudson Hotel. Mr. Boocock said many parents do not care to ave their boys go away from home to school, while others cannot afford it. The Country Day School does not separate the boy from home, church or community. The first country day school was established about
30 years ago in Baltimore and soon New York and Boston followed, and the movement expanded until there are more than 100 country day schools in the United Stated. All new enterprises, Mr. Boocock said, are hampered by prejudice and many think that the country day school is derogatory to the public school, but such is not the case. Mr. Boocock said he foresees the time when all public schools will be country day schools, situated in rural sections away from traffic, congestion and dirt.
The Troy Country Day School became a reality about five years ago, when the question of what the boy was to do after school suggested itself to some parents of Troy. A place on Pinewoods Avenue was purchased and the school was opened four years ago with some 40 boys, but quarters were inadequate if the school was to grow. E. H. Betts presented the school property at the head of 116th Street, Lansingburgh, and about a year ago work to convert that property into a school was started and a gymnasium was added and is now under construction.
The class routine at the school was mentioned. Athletics occupy the boys’ time after school under young athletic directors. In the winter the gymnasium is the mecca for the boys.
Troy Daily Times. September 10, 1929: 15 cols 3-4.