The Laureate Grounds, Laureate Boat Club Grounds, Laureate Park, Base Ball and Skating Park Grounds, etc., as it was variously called, was in Batestown between Glen Avenue and Regatta Place between the Hudson River and George Street (the alley between President Street and River Street, called Drouin Street a few blocks further south)

—At the temperance meeting last evening under the tent on the Laureate boat club grounds addresses were maee by Thomas N. Doutney, William A. Snyder and others.
“Churches and Churchmen.” Troy Daily Times. June 1, 1885: 3 col 2.

—The most interesting features of the Doutney lyceum entertainment on the Laureate boat-club grounds last night, were the trick dogs of Master Mehan and the violin playing of Willie Kraft. This evening Cora and Katie, two precocious children, will appear with other talent.
“On the Way Rejoicing.” Troy Daily Times. June 2, 1885: 3 col 5.

ABORIGINAL BONES.
—
An Indian Burial-Ground—Workmen Make an Interesting Discovery.
The workmen grading the Laureate athletic grounds, at the foot of Glen avenue, were surprised yesterday at the discovery of human bones. Two well-preserved skulls were exhumed, about four feet below the surface, on the bank of the river. The men were digging up the loam which is being placed on the baseball diamond. Other bones were uncovered, and this morning another skull was found. The lower jaw was in place and most of the teeth were found. The contractor said this morning that the bones of about a dozen persons had been found. From the location it is believed that a burial-place of the old Mohawk Indians was uncovered. Twenty years ago, when the Waters boat-factory was built several feet north, the bones of several persons were found, and with them arrow-heads and other Indian relics were discovered.
Troy Daily Times. June 3, 1890: 3 col 6. 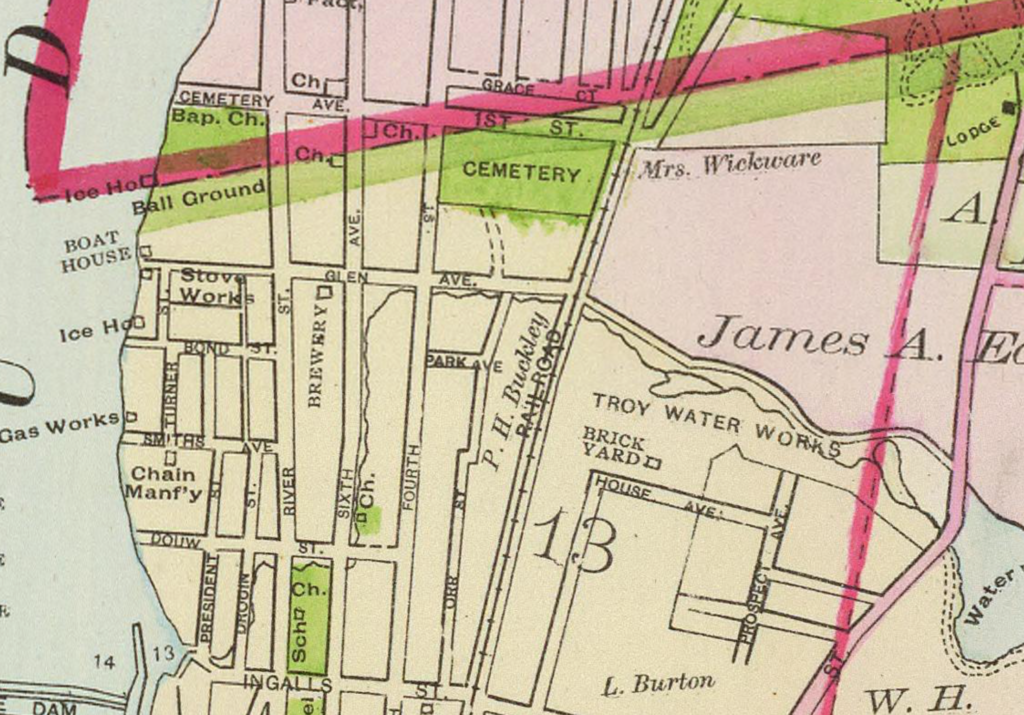 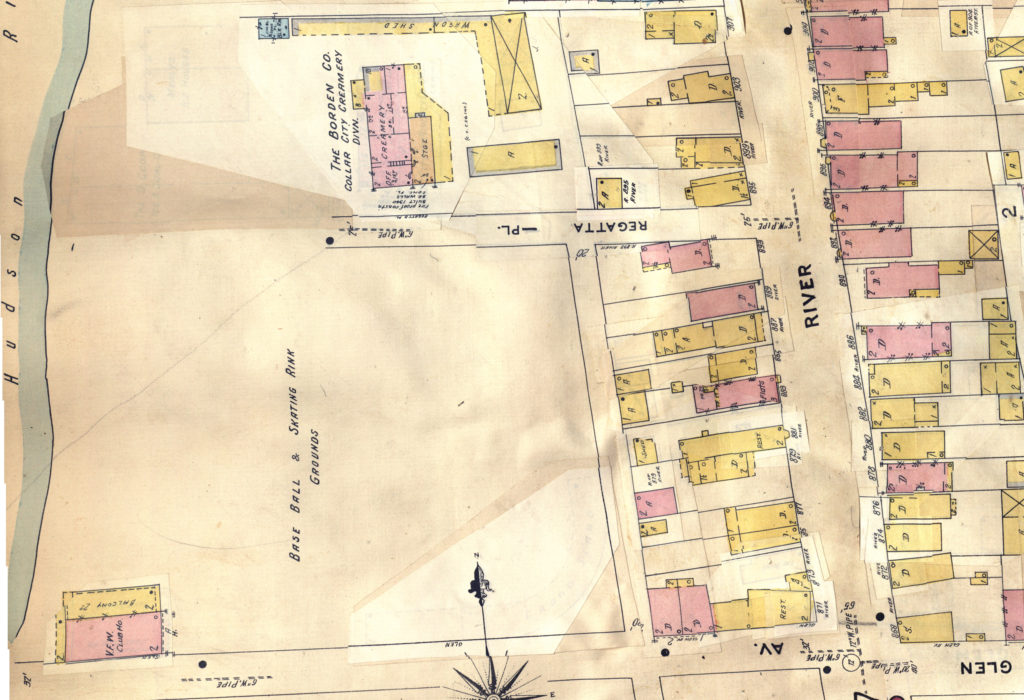 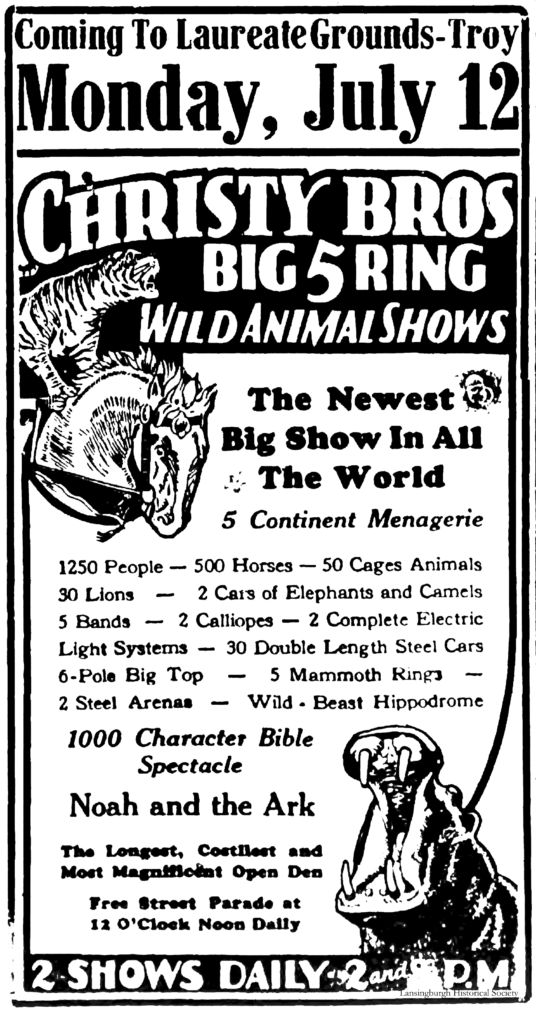 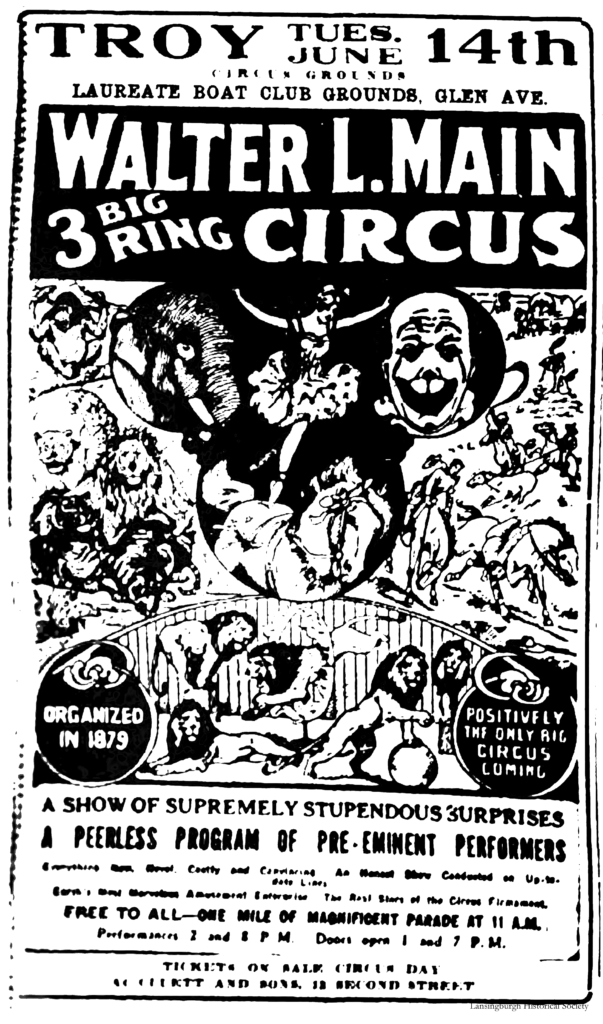 COMMON COUNCIL VOTES PURCHASE OF NEW PLAYSITE
—
Laureate Grounds To Be Obtained By Mayor For $1,000
The Common Council, by unanimous consent, last night gave Mayor Edward A. Fitzgerald, acting for the City of Troy, the right to purchase the Laureate Grounds for $1,000 for the establishment of a playground and baseball diamond.
Times Record. September 21, 1951: 7 col 1.

The Council […] Approved the sale of Laureate Park at the foot of Glen street to the state—for eventual sale to the federal government. The resolution called for the city to get $13,000. It was understood that the Central Little League, which used the field, will get $1,750 for loss of its grounds. The land will be used for a waterhouse facility adjoining the Bond street locks.
Scanlon, John H. “Council Okays Firemen’s Pay Bill, Shopping Center.” Times Record. February 8, 1963: 8 col 2.