The Earl boat club has purchased of Messrs. Marsh and Dauchy the boat house which it has been occupying lately on State street [Second Avenue], north of Van Schaick [102nd Street].
Troy Daily Times. October 9, 1883: 2 col 5.

Work on the new boat house of the William S. Earl boat club, in the fourth ward, is rapidly progressing. The club will have handsome and commodious quarters.
“Lansingburgh.” Troy Daily Times. April 6, 1888: 3 col 3. 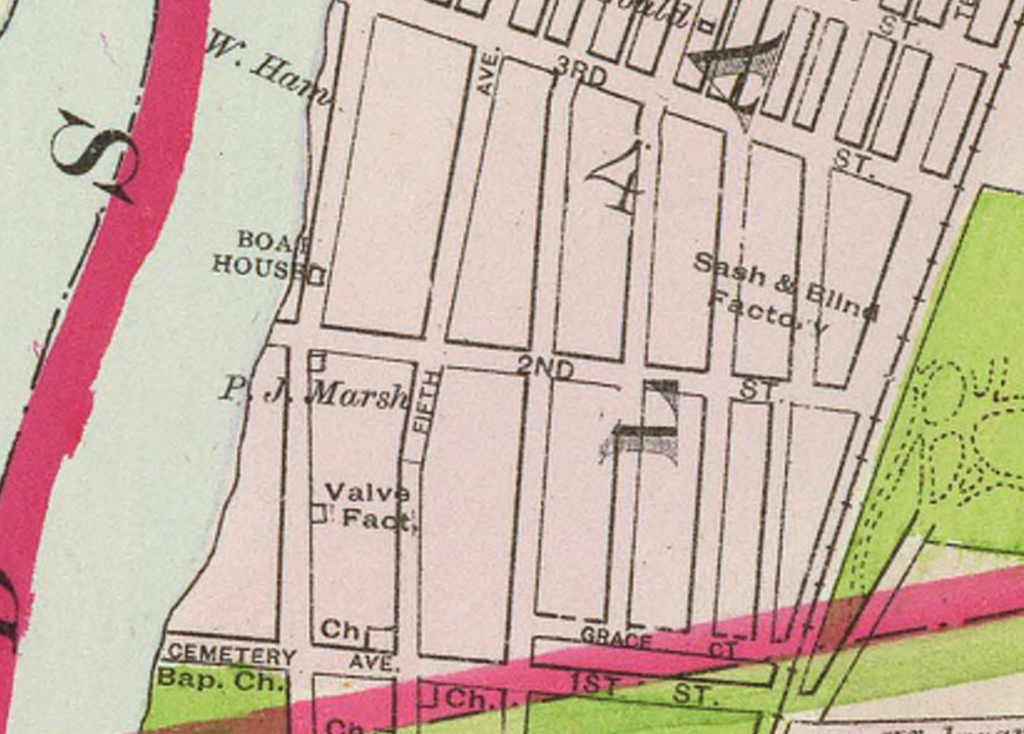 Damaged by Fire.
The Earl Hotel, William Phelan proprietor, which is situated on Second Avenue, near Second Street, Lansingburgh, was damaged by fire this morning. The fire originated in the cellar, being caused, it is thought, by a heater, and the flames and smoke were first noticed coming from the stairs leading to the rear part of the saloon. The smoke was very dense and drove all the occupants into the street. Mr. Phelan and family reside on the second floor, and they made a quick exit. The firemen confined the flames practically to the lower and rear portion of the building, but much water was sent into the building before the flames subsided. The building was in former years used by the Earl Boat Club, and what is now the cellar was the runway for the boats. The incline caused all the water to flow directly out over the dock, and damage by water was thus lessened.
Troy Times. November 25, 1907: 5 col 2.