An Elegant Residence.
Work is pushed on George W. Daw’s country residence at Barrowdale, Lansingburgh. John Smith of Albany has the contract, and the plans were made by Franklin A. Janes. The house will be two stories, with a third story finished in the roof, and will be of Potsdam stone with Longmeadow sandstone trimmings. The structure will be old English in style, and the interior decorations will be rich and unique. The site is on a hill east of the village; and was formerly known as Rose Law, adjoining the Gurley property. The building will cost between $50,000 and $52,000.
Troy Daily Times. July 13, 1887: 3 col 1.

LANSINGBURGH’S GROWTH.
More Than a Quarter of a Million of Dollars in Building Improvements This Year—The New Buildings—Real-Estate Values—A Palatial Residence.
The year 1887 has seen many changes in the appearance of Lansingburgh […]

A PALATIAL RESIDENCE.
The finest residence ever built in Lansingburgh is that now being erected at the head of [One Hundred] Twentieth street, for George Daw of Troy. It is built of Connecticut brownstone, trimmed with Longmeadow stone, and is after the Norman style of architecture. Fuller & Wheeler of Albany are the architects and Snaith the contractor. The cost will reach $100,000. [Perhaps $2.5 million in 2017 dollars.]
Troy Daily Times. December 10, 1887: 5 cols 3-4.
Suburban Cottage To Let.
THE beautifully situated cottage opposite residence of George W. Daw, at Lansingburgh; ten minutes’ walk from motor cars and five minutes from Fitchburg R. R. depot. Just the place for a Troy business man with family. Elevation, country life, excellent spring water and very accessible. Inquire of GEORGE W. DAW, 279 River street, Troy, N. Y.
Troy Daily Times. April 18, 1891: 3 col 5.

A system of electric-lighting is being placed in the residence of George W. Daw. Mr. Daw’s residence will be the first in Lansingburgh to be lighted by electricity.
“Lansingburgh.” Troy Daily Times. December 19, 1891: 2 col 2.

—The residence of George W. Daw was the scene last evening of one of the most elegant receptions that ever occurred in Lansingburgh. The parlors were brilliantly lighted by electricity and superbly decorated with flowers. The reception was given in honor of the debut of Miss Antoinette Jones, niece of Mr. and Mrs. Daw. From 7:30 until 12 o’clock there was dancing, an orchestra furnishing music. Many from Lansingburgh, Troy and Waterford were present.
Troy Daily Times. December 30, 1891: 3 col 1. 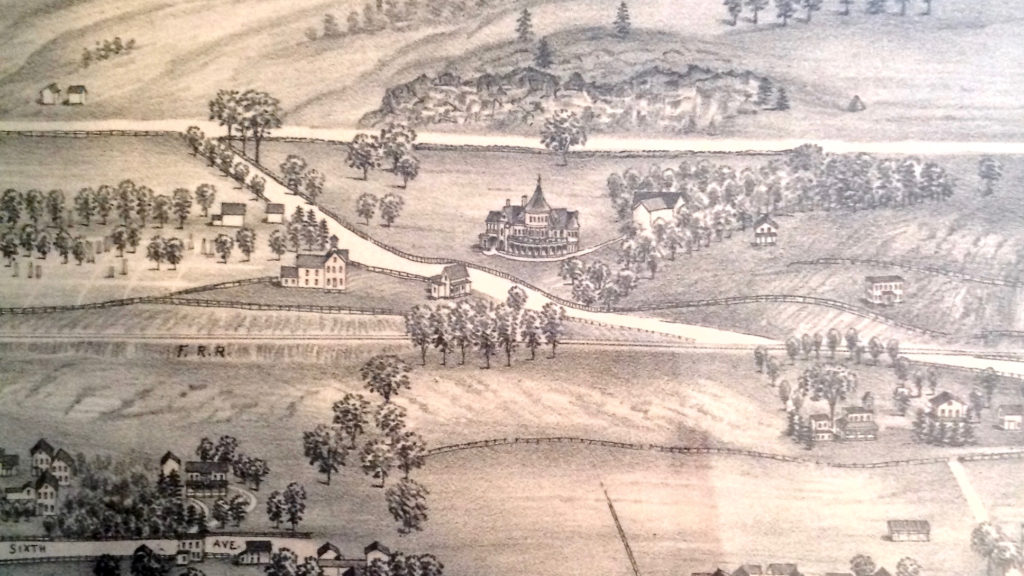 Spring Improvements.
Of the spring improvements going on about the town none is more marked or extensive than those which George W. Daw is making about his grounds, nd the patrons of the reservoir road are also benefitted by the changes. The road, which formerly lay nearer to Mr. Daw’s dwelling, has been moved toward the terrace, giving drivers a much more extended view, and the former road has been handsomely graded and seeded. A new fence is being built around the premises. On the opposite side of the road extensive filling is being done and more lawn prepared. The new road will be macadamized and guarded by a strong fence. When the work be completed Mr. Daw will have added about two acres of beautiful lawn to his already extensive grounds. John Warnock has charge of the work.
Troy Daily Times. May 1, 1896: 4 col 4. 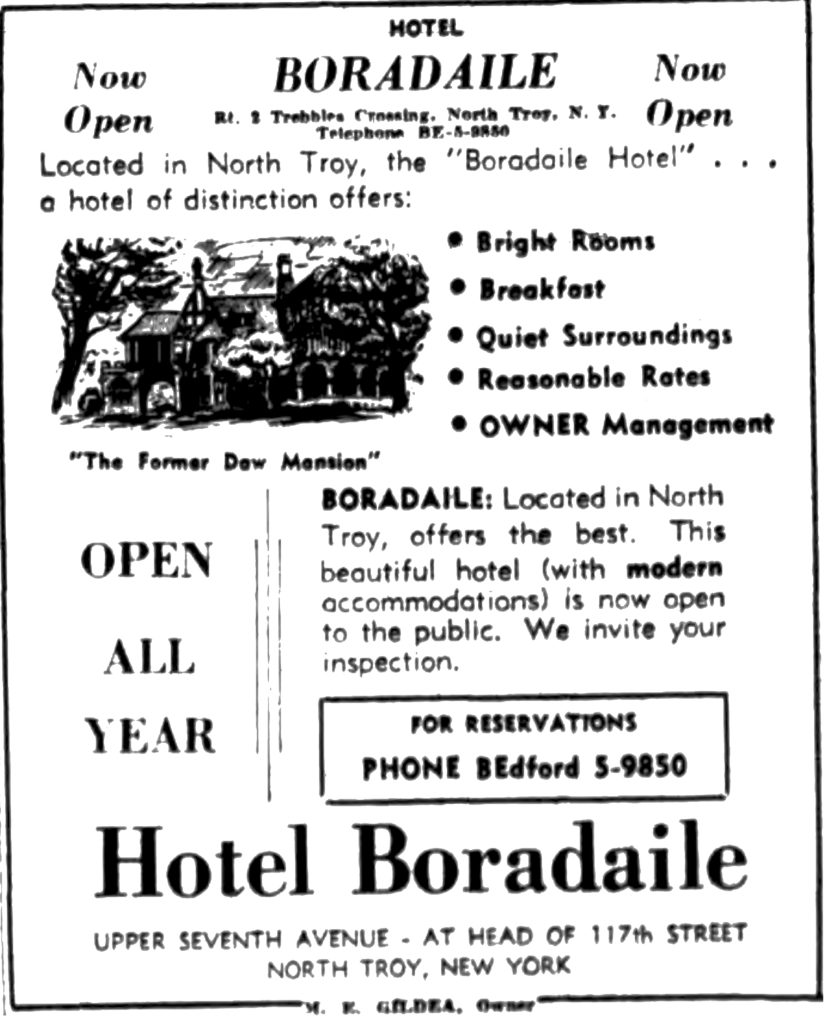