The Village of Lansingburgh had its own police department with the exception of a period from 1865 to 1870 during which time Lansingburgh was part of the Capital Police District.

Additionally, sometimes special police officers were appointed for certain locations, Rensselaer Park and Oakwood Cemetery among them. During at least parts of the 1890s and 1930s there had been special Rensselaer County Deputy Sheriffs appointed for Oakwood Cemetery. In 1967 a New York State Law was passed enabling cemetery corporations themselves to appoint special policemen, though that law was at some point later rescinded.

Law 1865, chapter 554. AN ACT to establish a Capital Police District, and to provide for the government thereof.

Law 1870, chapter 715. AN ACT to organize and establish a police for the village of Lansingburgh. 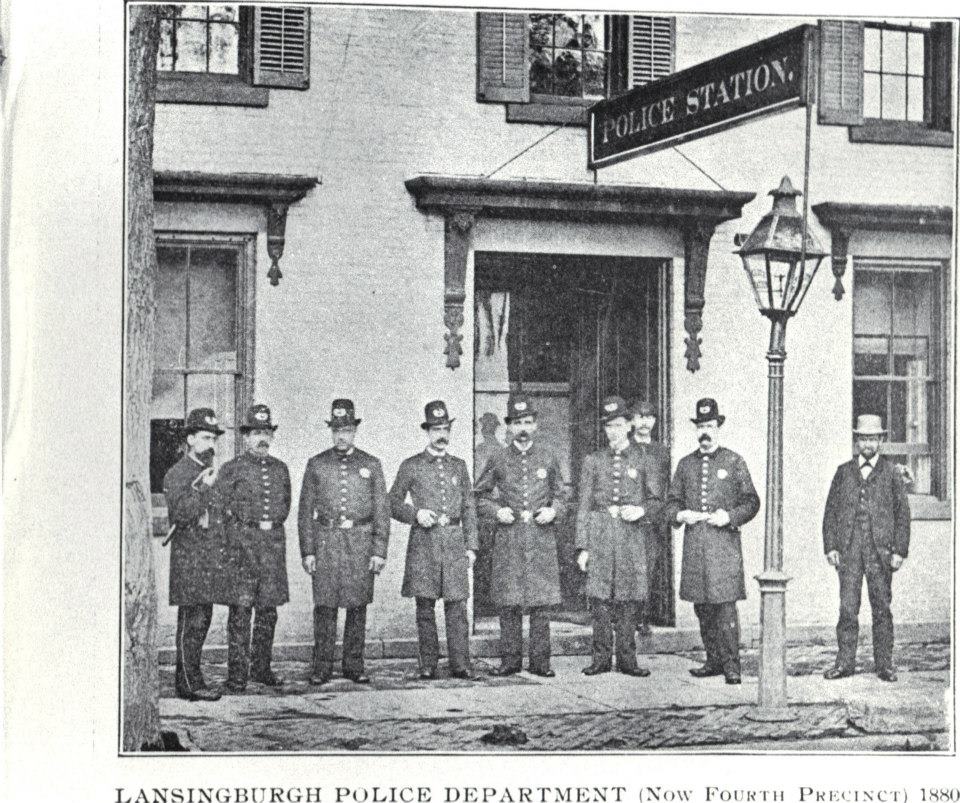 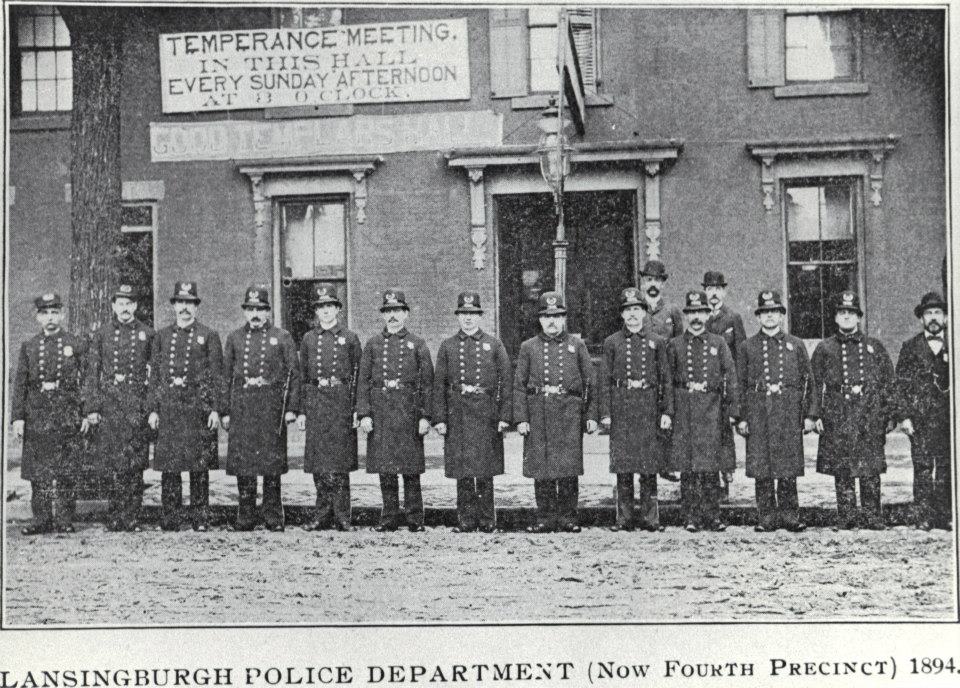 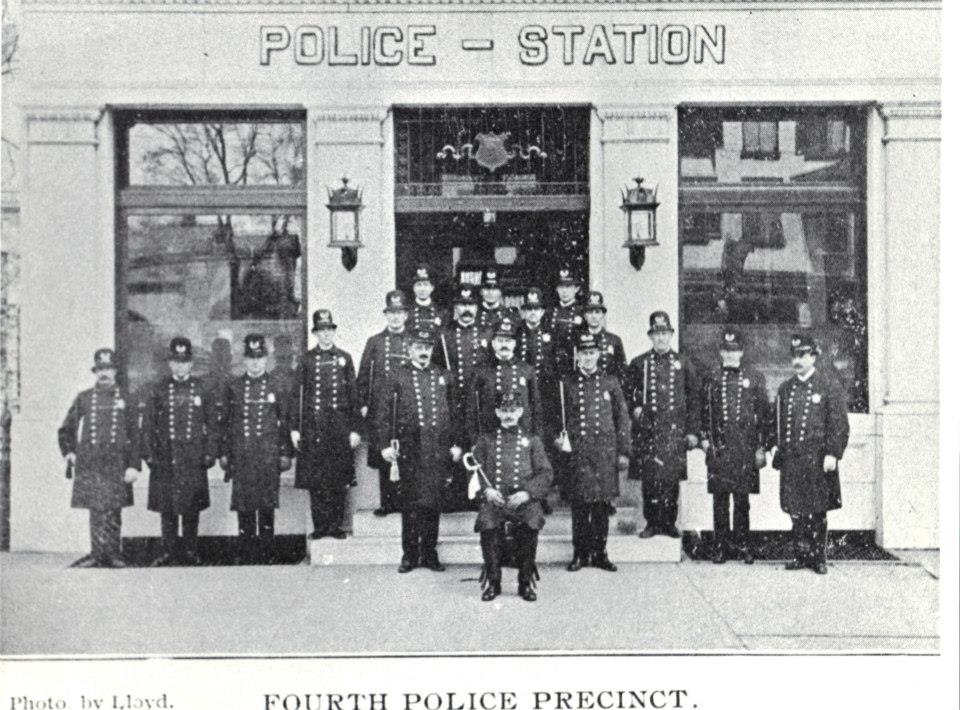 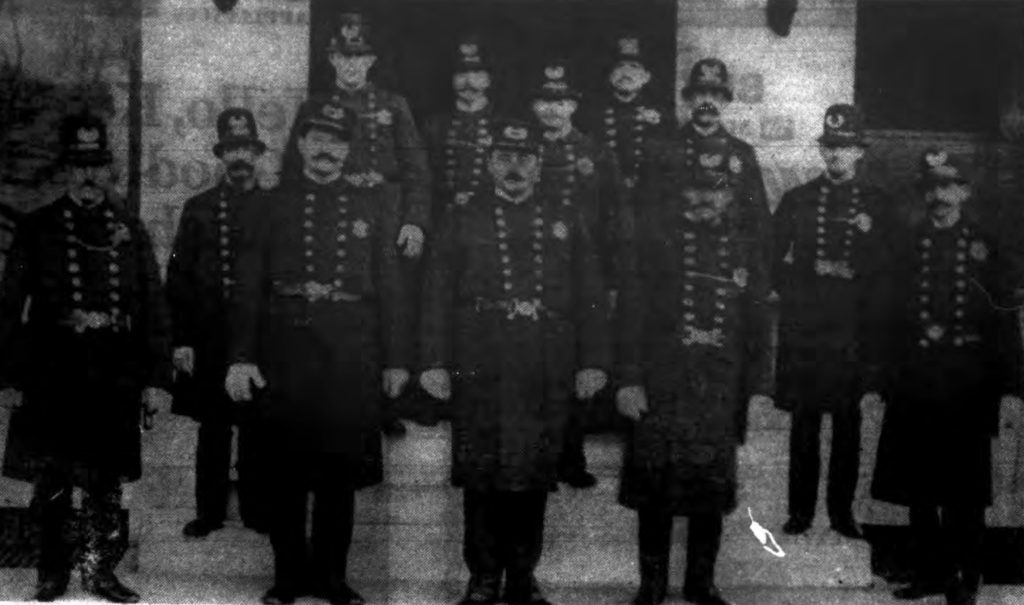 “FOURTH PRECINCT POLICE—Above is the Lansingburgh police force as it appeared in the early 1900s, a few years after Lansingburgh became a part of Troy. The picture was taken in front of the precinct station house on the east side of Second Avenue between 116th and 117th streets. Can you name those not identified? Sgt. Albert D. Chesbrough is in center of front row, Sgt. William M. Flynn, second left, and Ptl. Holman P. Shires at extreme left. Between Flynn and Shires on the step is Ptl. Samuel E. Rounds. Behind Flynn is Ptl. James O’Brien who later became captain of the precinct. The officer standing behind Sergeant Chesbrough’s left shoulder is Ptl. Louis Hansen. The man, front row, second right is believed to be Ptl. Daniel Bird, and between him and the officer on extreme right is either Ptl. Joseph Schultz, who also later captained the precinct, or Ptl. John L. Rabie. (Photo loaned by George MacCulloch)” The Record. October 5, 1968: B22. 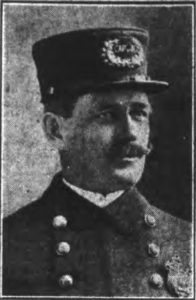 Sergeant Morris E. Kirkpatrick of the Fourth Precinct was placed on the retired list to-day by Commissioner of Public Safety Cahill, the Police Surgeon, Dr. Hambrook, certifying that the Sergeant was not physically able to perform further police duty. The retirement becomes effective at 12 o’clock to-night. Sergeant Kirkpatrick has completed more than twenty years’ service, having been a Captain of the old Lansingburgh police, Captain of the Troy police six years and Chief six years. He was reduced to Sergeant when the present administration came into power. He will receive $475 a year pension from the city during the remainder of his life unless the pension law is repealed.
Semi-Weekly Times. May 1, 1914: 5 col 3.
ASK RETENTION OF FOURTH PRECINCT
—
Lansingburgh Residents Draw Up Petition
Residents of the Lansingburgh section are preparing petitions asking the city authorities to retain the Fourth Precinct on Second Avenue.
This police precinct is scheduled to be abandoned on Jan. 15 and the men stationed there consolidated with the Central Precinct.
The petitions, headed by James H. Malloy, have been placed at the Leonard Hospital, Thomas Gallo’s store and Eugene Mancello’s store together with other places of business in the district.
Times Record. January 4, 1945: 2 col 8. 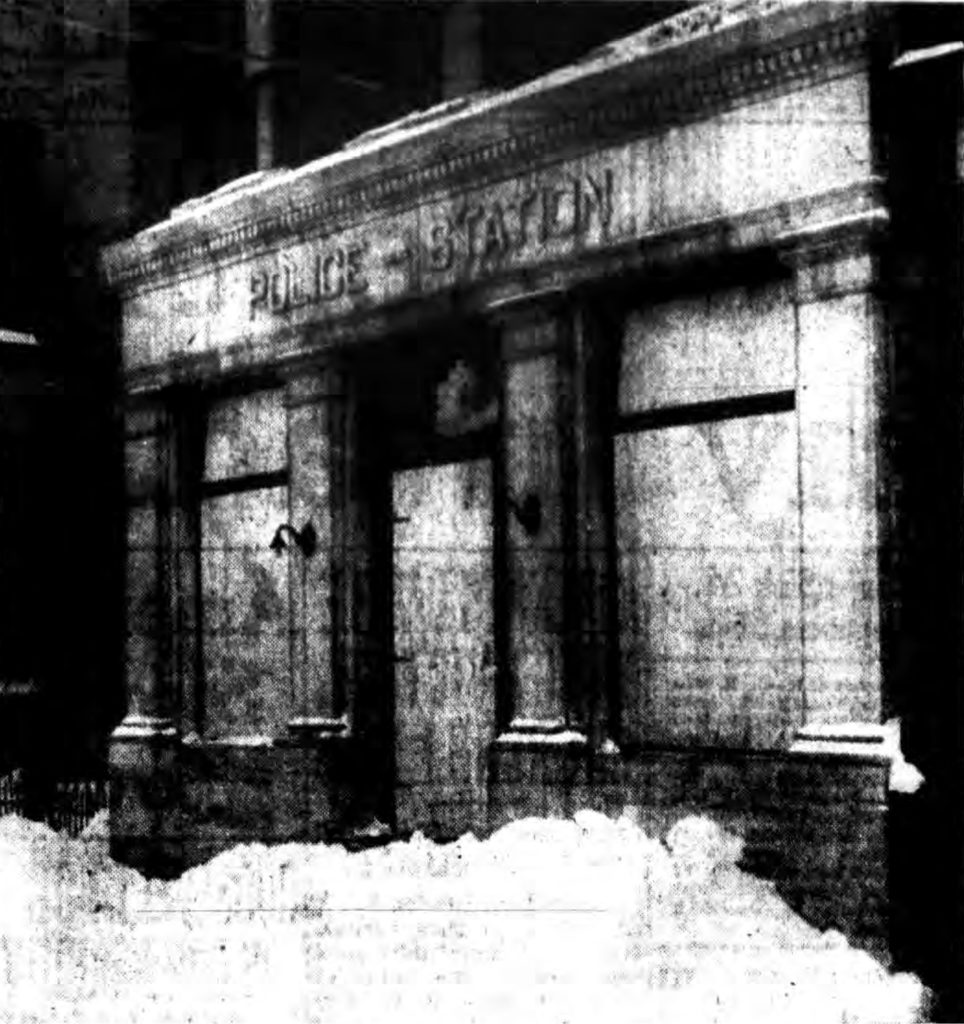 “PASSING LANDMARK—The Fourth Precinct has been boarded up, as shown above, by the Department of Public Works as the Department of Public Safety consolidated First and Fourth Precincts with the Central Station. The precincts were closed this week. The city has not yet determined what disposition will be made of the buildings.” Times Record. January 18, 1945: 3 cols 5-7.

Burgh Complaint
Editor The Record: In regard to the article in the Times Record, Aug. 13, on the Lansingburgh Police Station, Mrs. Burns certainly has an excellent idea. Police protection in Lansingburgh as steadily deteriorated since the station here was closed. When anything becomes centralized in Troy, it spells the end of any efficient service, not only to Lansingburgh but to South Troy, the East Side, or any of the other non-central areas.
Lansingburgh from its original boundary just south of 101st Street takes in a large area which is increasing in population, has its own problems, and has so little in common with the downtown area that it is unfortunate there is any connection between the two.
Mr. O’Connor’s statement that a separate force would be “assinine” is typical of the type reaction we receive when anything is needed in Lansingburgh. Mr. Buckley’s comment that a separate station is not recommended in the Police upgrade study falls into the same category.
If a separate building and force would be too costly, why not set up a command post in the firehouse or some other suitable Lansingburgh building, where the men assigned to this area could work from, with very little additional cost to the city. In this way some men and a car would always be where they are needed.
As to Mr. Buckley’s remarks about duplicate police coverage, one would wonder how you could duplicate coverage that we do not even receive. As to duplicate record keeping, that also is rather amusing, as most of the people apprehended, seem to be released so fast after they are brought downtown, one set of records should be adequate.
This is not meant as a criticism of our police officers. I am sure they are for the most part fine men and dedicated to their work. The trouble lies not with them but higher up, and this situation cannot be brushed aside by call[ing] a citizen’s suggestion “assinine.”
FRANCES D. BRODERICK
Lansingburgh.
“Pulse of the People.” Times Record. August 22, 1973: 4.