Adams Island is alongside Middleburgh, a few blocks south of what had once been (prior to Batestown being annexed by the City of Troy) the southernmost boundary of the Town of Lansingburgh at Ingalls Avenue. (Incidentally, Van Schaick Island was for a time also called Adams Island.)

AN application will be made by the subscriber and his associates to the legislature of this state at their next session, for a grant of the Island or sand bar in Hudson’s River, immediately below the dam between Troy and Lansingburgh. dec 12, 1825. 60F6
JOSEPH FRIOT.
Albany Argus & Albany Gazette. February 3, 1826: 4 col 1. [Adams Island or some other?]

In SENATE.—Feb. 7.
Petitions—for the incorporation of the Lehigh coal company; of Jacob Friot, and others, to be allowed to purchase an island in the Hudson river, between Troy and Lansingburgh.
Geneva Gazette and General Advertiser. February 15, 1826: 2 col 5. [Adams Island or some other?] 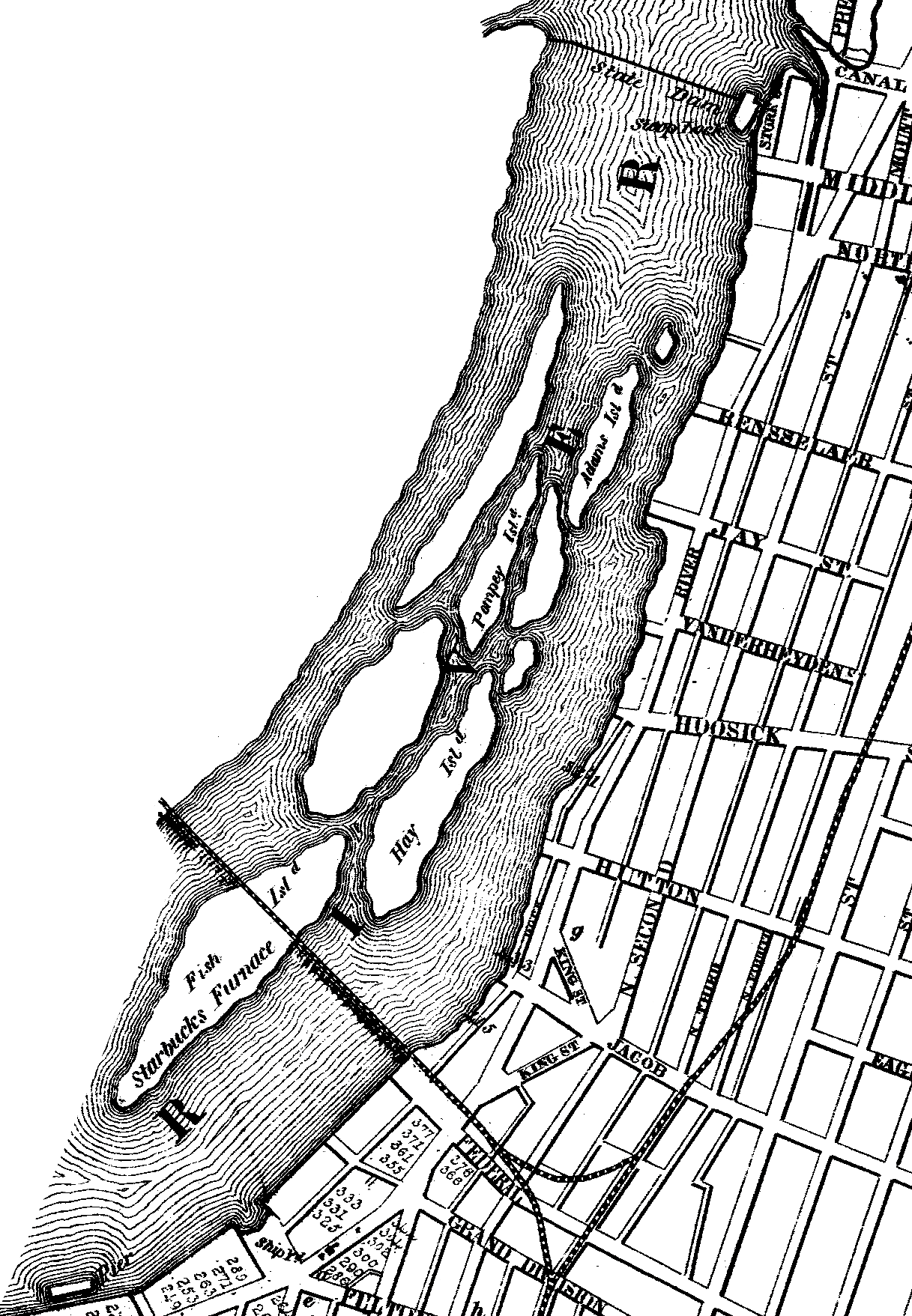 Detail of Islands south of the Dam and Sloop Lock cropped and edited from
Rogerson, A. E, E. A Balch, and Robert Pearsall Smith. Map of Rensselaer County, New York: from actual surveys. [Troy N.Y.: E.A. Balch, publisher, 1854] Map. Retrieved from the Library of Congress, . 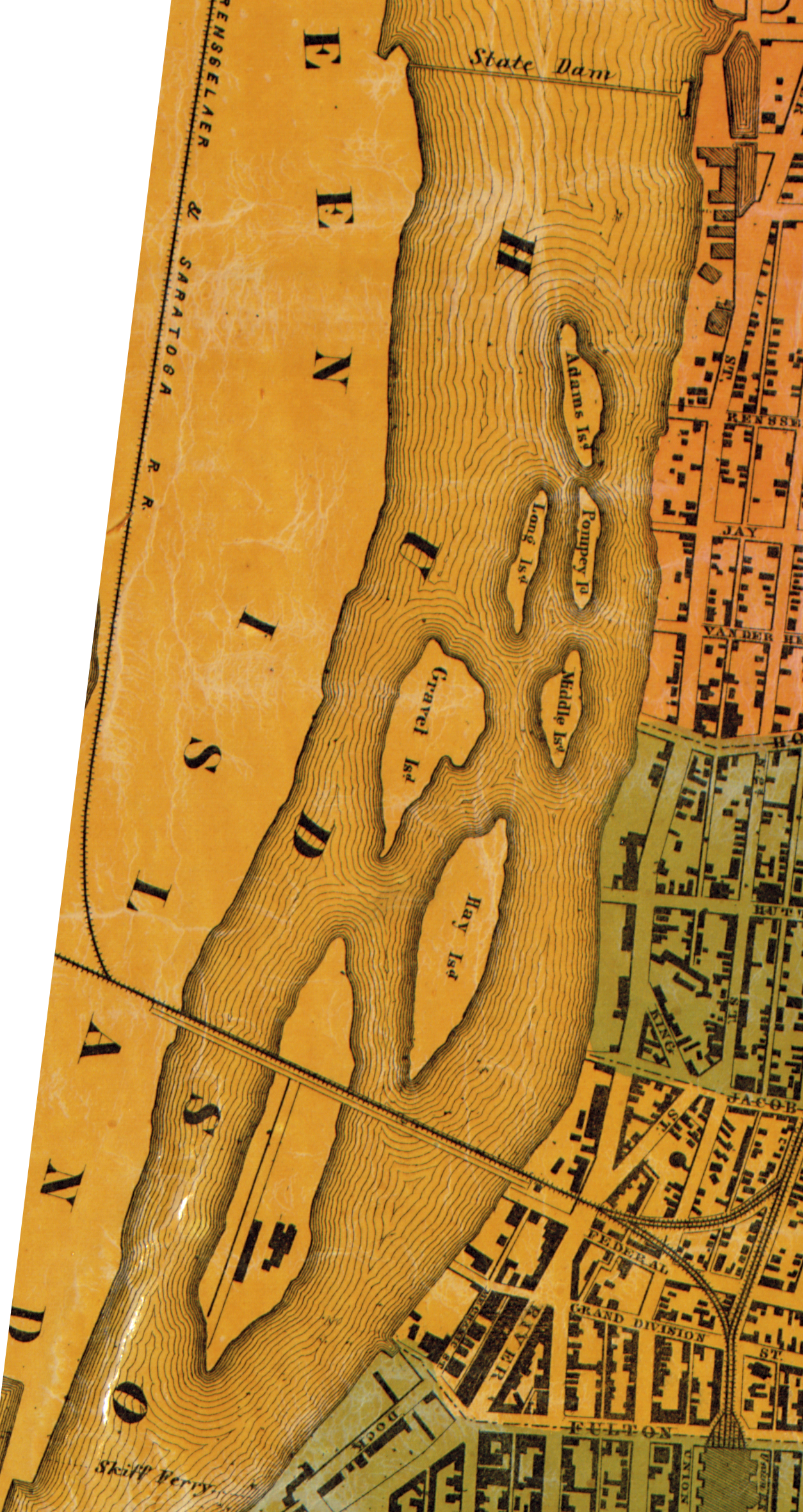