—The Trouillogan camping club is the name of a new organization with the following officers: Dr. John Magee, president; Jas. Brooker, vice-president; Wm. Cramer, treasurer; Wm. Starbuck, secretary; Jules Saehrig and Charles Weaver, trustees. The club has purchased land on the shore of Saratoga Lake, south of Snake hill, and Bergman Bros., have the contract for a two-story frame building on the lot. The membership of the club is limited to thirty-five and it already has twenty-six names enrolled. The first camping party will go up on the 18th inst.
“Local News and Seasonable Jottings.” Lansingburgh Courier. June 8, 1893: 3 col 1.

—At a meeting held last night by the Trouillogan-Columbus Camping Club it was decided to purchase more furniture for the clubhouse at Saratoga Lake, and also to acquire a steam yacht for club use. The next meeting will be held June 5, when officers for the ensuing year are to be elected.
“Lansingburgh.” Troy Daily Times. May 2, 1899: 4 col 2. 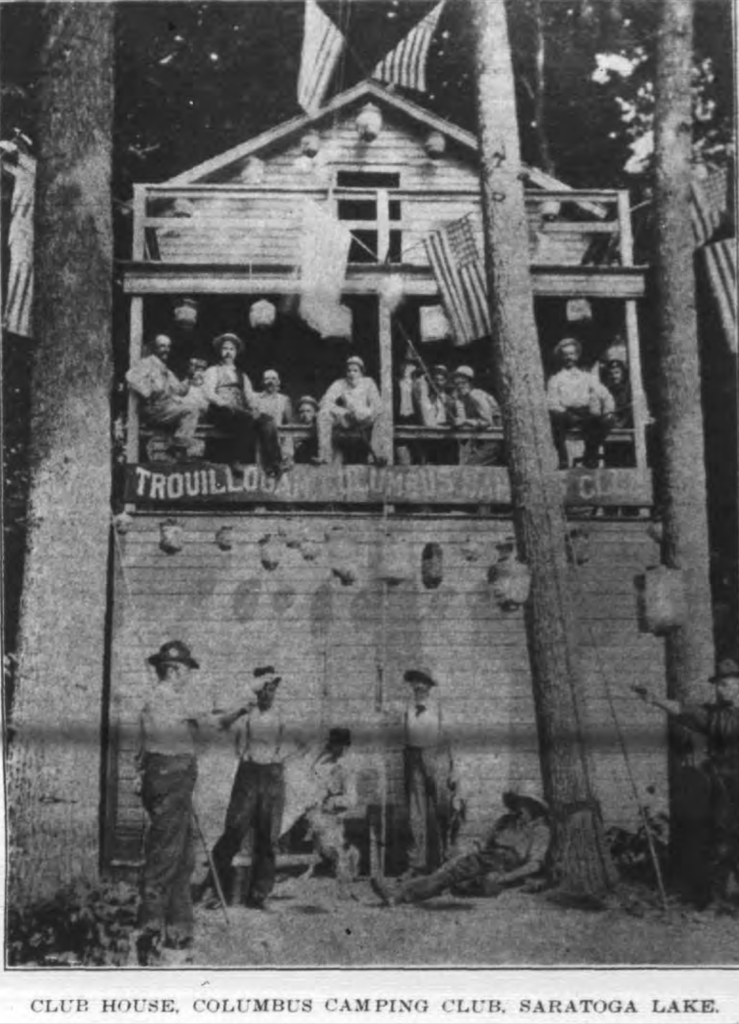