Godfrey Kloppe was a shoemaker, gardener, and a property owner in the northern part of the Village of Lansingburgh.

—Rufus Mann, twelve years of age, was arrested yesterday on complaint of Augustus Kloppe and charged with breaking windows at Mr. Kloppe’s green-house. As no evidence was produced to show that the lad threw the stones that broke the glass Justice Smith discharged the boy.
“Lansingburgh.” Troy Daily Times. October 30, 1890: 3 col 4. 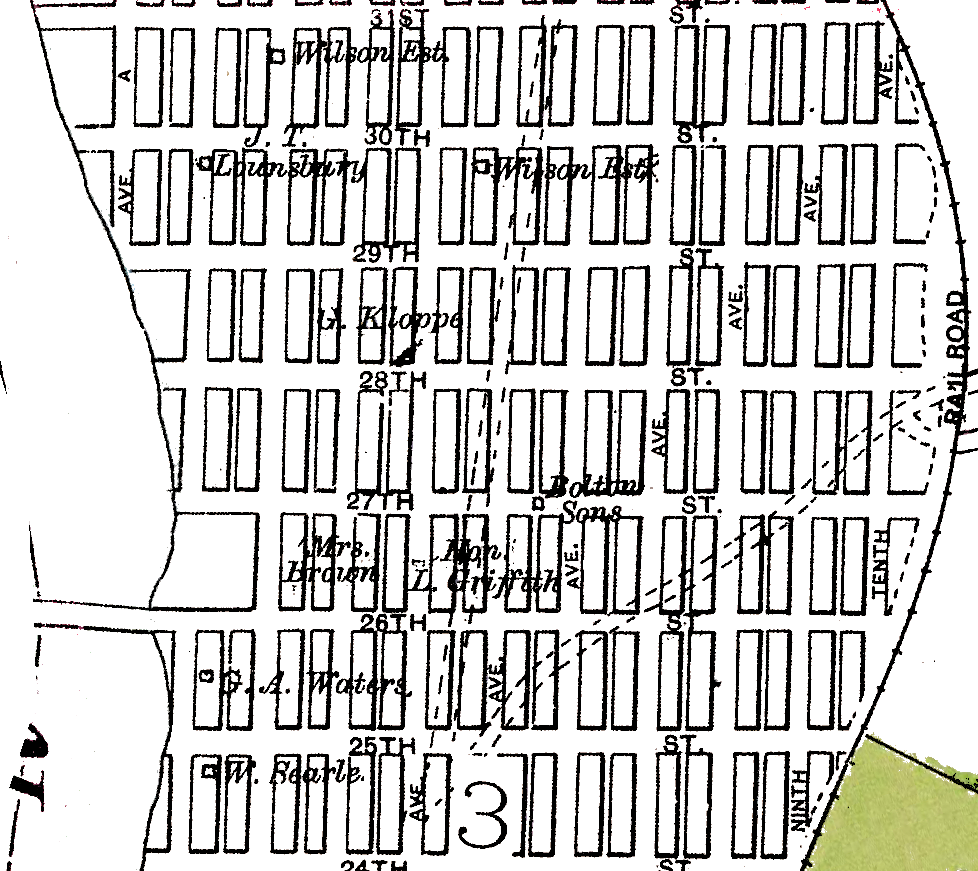 Detail of northern part of Village of Lansingburgh cropped and edited from Beers, F. W. “Portion of Rensselaer County and Cities of Lansingburgh & Troy.” Atlas of the Hudson River Valley from New York City to Troy. NY: Watson & Co., 1891.

—Godfrey Kloppy was taken with an epileptic fit this morning on [One Hundred] Seventeenth street, between Fourth and Fifth avenues. He was taken to his home north of the car barns. Dr. J. H. Lyons attended.
“Lansingburgh.” Troy Daily Times. August 23, 1892: 3 col 5.

—A man thought to have been insane alarmed the residents of the northern terminus of Second avenue at midnight Saturday night. He aroused the family of Mrs. Elizabeth Aagard and the family of Godfrey Kloppe by knocking at the doors. He called upon several other families. To some he declared he was searching for a physician to attend him as he was ill and to others he declared that he was dead and desired an undertaker to bury him. Constable James T. Lounsbury, who resides in the vicinity, was aroused, but when he appeared the man had vanished.
Troy Daily Times. February 22, 1897: 4 col 3.

—Comeskey & Morler have sold for Mrs. Sarah C. Haskell the property known as the Kloppe place, on the River road, north of the car barns, Lansingburgh, to James F. Hammond and Anna S. Hammond. The purchasers will improve and occupy the cottage.
“Sales of Real Estate.” Troy Times. October 26, 1907: 5 col 1.