Baxter’s Crossing seems to have been the name for one or both of the railroad crossings in the Oil Mill Hill and Northern Drive area, now the northern end of the Uncle Sam Bikeway. The northeastern part of the Village of Lansingburgh had for a time been called Adamsville or Baxterville.

The horses attached to the Tomhannock stage were frightened by the cars at Baxter’s crossing yesterday and overturned the vehicle. The driver was the only person on board at the time and, he escaped uninjured.
“Lansingburgh.” Troy Daily Times. July 15, 1880: 3 col 3.

A valuable cow owned by D. Ellis, a milkman residing on the Alexander premises in Adamsville, was run over by the cars and killed at Baxter’s crossing of the Troy and Boston railroad yesterday.
“Lansingburgh.” Troy Daily Times. October 13, 1882: 2 col 7.

Injured by a Runaway.
Levinus Leversee of Brunswick, while drawing a load of potatoes to Troy this morning, was thrown from his wagon by his team running away near Baxter’s crossing of the Troy and Boston railroad at Lansingburgh, and his left leg was badly fractured between the knee and ankle. Adelbert Leversee, a son of the above, was killed recently by a train of cars on the same road.
Troy Daily Times. October 19, 1882: 3 col 4. 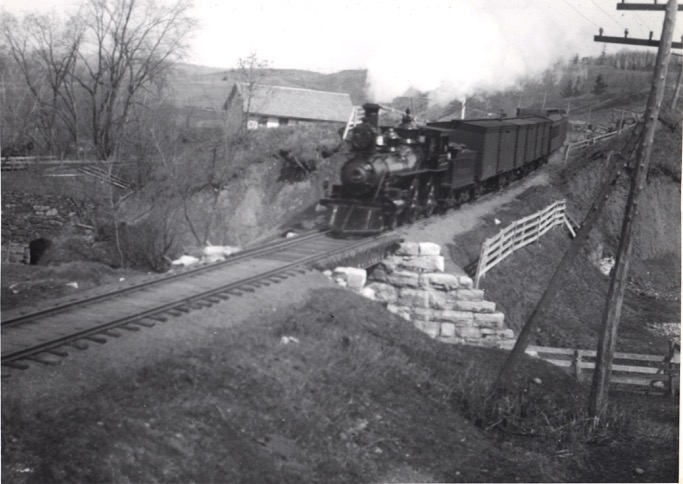