The Germondville Union church of North Lansingburgh was incorporated July 23, 1844. The first trustees were John Storm, Aaron Perry, Nicholas Lape, Charles T. Overocker and William Mills. The church is now connected with the Cooksburgh charge of the Methodist Episcopal church.
Weise, Arthur J. History of the Seventeen Towns of Rensselaer County: From the Colonization of the Manor of Rensselaerwyck to the Present Time. Troy, N.Y: J.M. Francis & Tucker, 1880. 39. 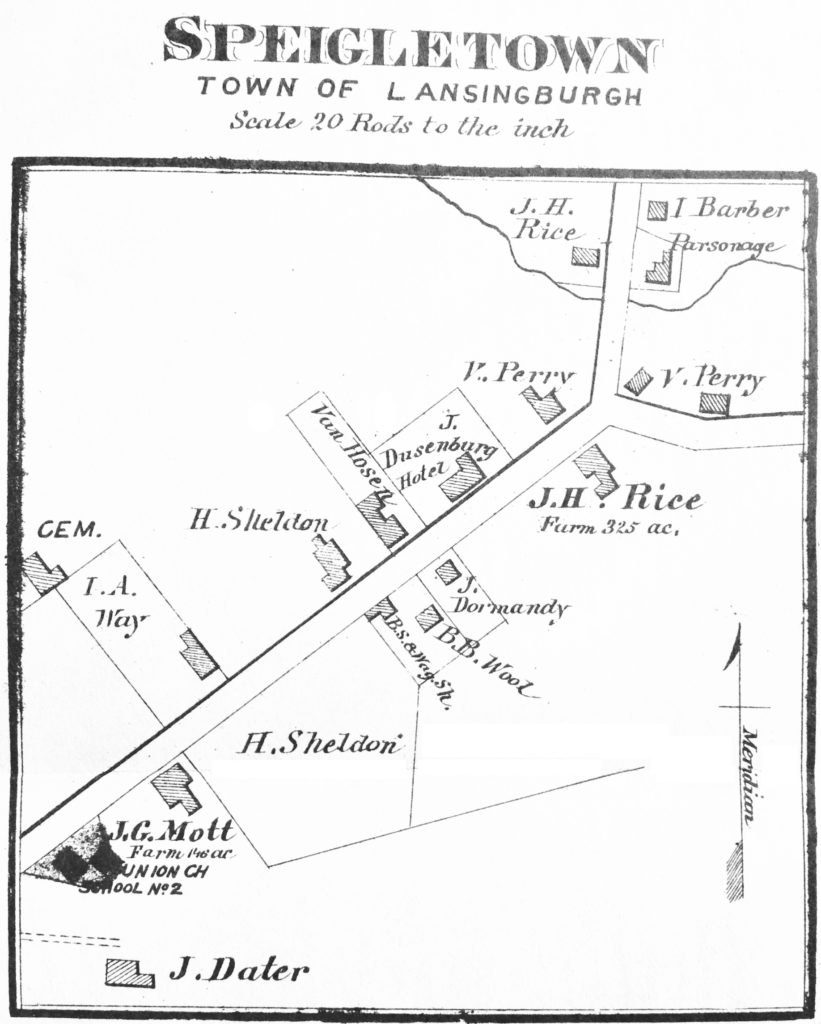 Two Churches to Unite.
The Methodist Church of Cooksboro and the Union Church of Speigletown will be united into one church. This was decided upon at a meeting of the former church Wednesday night, when Rev. Dr. Eugene Wiseman, the Presiding Elder, was present. Rev. W. W. Brunk was appointed pastor of the Cooksboro Church. A new church will be erected, which will cost about $4,000. It will have a $1,500 endowment.
Troy Times. June 8, 1906: 10 col 5.