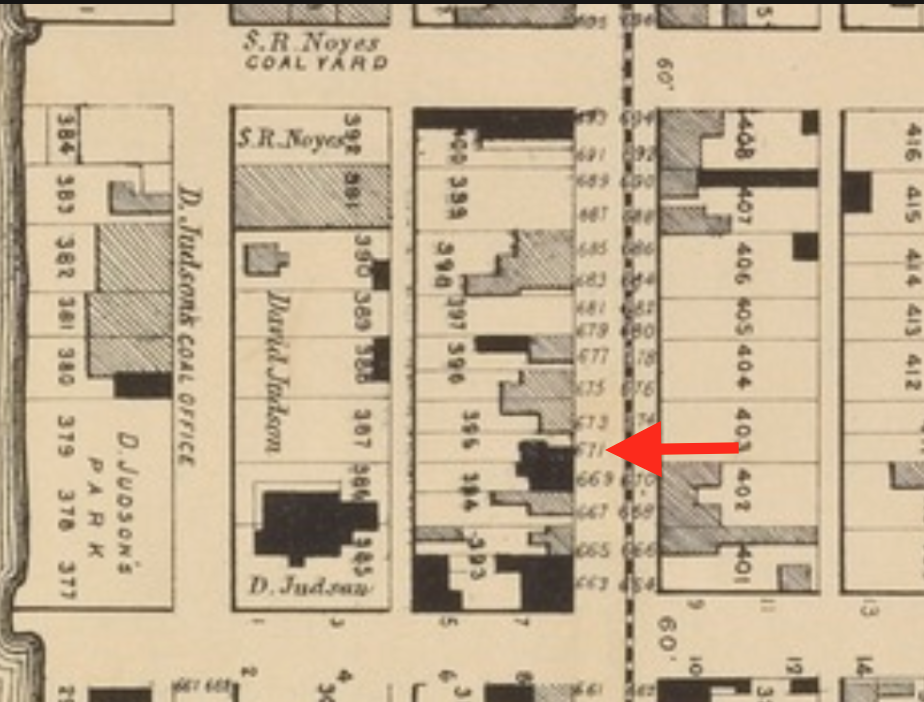 A GREAT BARGAIN.
For sale or to let, to a good tenant, the convenient and commodious premises, known as the Tracy homestead, three minutes walk from horse cars, in first class order and in summer plenty of fruit. Apply in person or by letter to
J. W. PALMER,
64 Congress st., Troy, N. Y.
Troy Daily Times. December 8, 1883: 3 col 7.

A nine-foot chimney on the house of Edward Tracy was carried to the yard beneath, where it was landed almost intact, having lost a few bricks from the under side.
“Lansingburgh.” Troy Daily Times. July 19, 1886: 3 col 5. 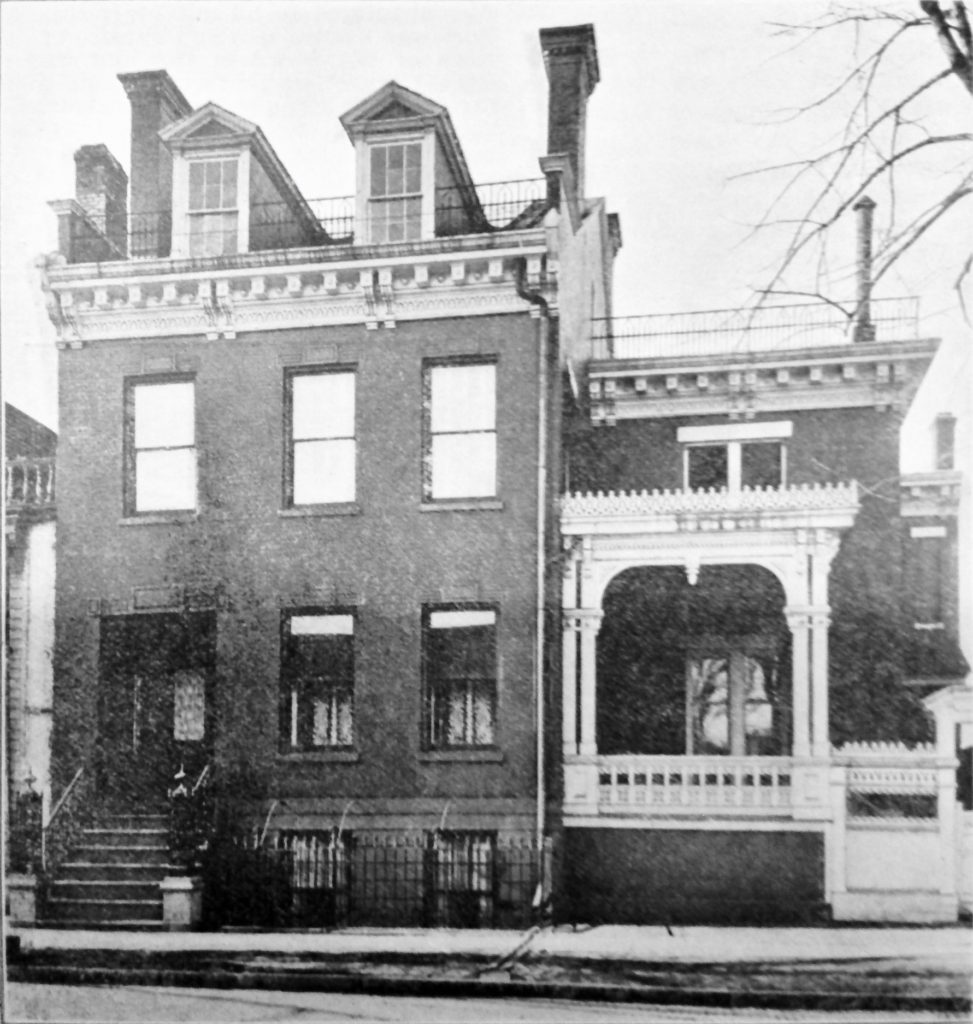 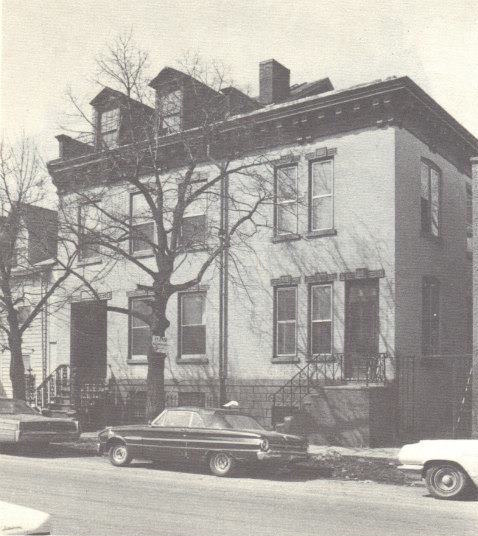 A brick dwelling has been located on this site since at least 1809, when the original lease between Levinus Lansing and James Winchell was drawn up. The present building was constructed at least two decades later. It was associated with a number of prominent Lansingburgh businessmen during its early history. Prior to 1834, the house was owned by Elisha Sanders, a merchant. From 1834 to 1839, it was owned by Oscard F. D. and Chauncey P. Ives, members of an important Lansingburgh family. Oscar Ives was a lawyer who owned a “line of Boats” between Lansingburgh and New York City. From 1842 to 1854 the property was owned by John S. Fake. In 1854 it was purchased by Edward Tracy, who owned a brewery as well as a number of malt houses along First Avenue. Tracy’s brewery was one of the largest in the area. The older section of the house retains many of its original exterior architectural elements including the two dormers, entrance stoop with iron railings, the Greek revival paneled window and door labels. The addition to the north was built during the late nineteenth century in a style which reflected the earlier building. A heavy bracketed cornice was added to both buildings at that time to connect them visually.
Waite, John G. The Architecture of Lansingburgh, New York. Lansingburgh, NY: Lansingburgh Historical Society, 1976.