On the Chinese Junk

One or all of the items in the humor magazine Yankee Doodle pertaining to a Chinese junk’s visit to New York City between July 17 and September 18, 1847 are attributed by some Melville scholars to Herman Melville. 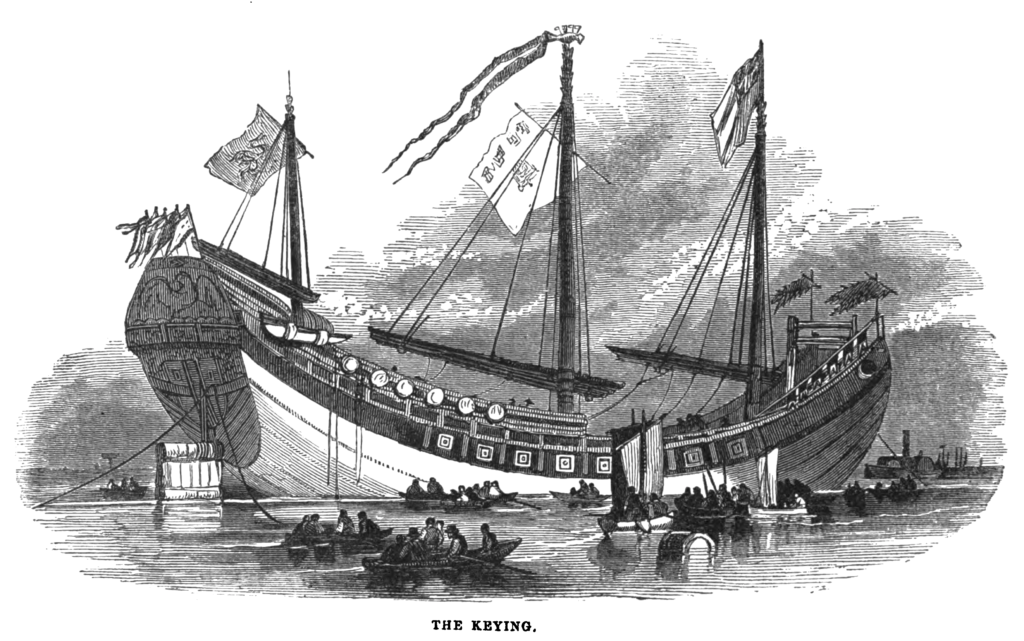 CURIOUS EXHIBITION.
The Chinese Junk, we understand, is to be exhibited this week at Barnum’s Museum. After “indefatigable exertions,” and at “an enormous expense,” the enterprising manager of that laudable institution, has fitted up a large tank upon his premises, filled with water, on the surface of which the Junk will glide rapidly to and fro, its latteen sails filled full with the breeze of popular favor, while the Nahant Sea Serpent, engaged for this occasion only, will gracefully disport itself in a curious combination of circles, and at last, taking its tail in its mouth, conclude its performances by swallowing itself entirely, and disappearing to the eyes of the enraptured spectators.
N. B. The Chinese Junk is not, as has been currently reported, a junk of gingerbread.
2nd N. B. YANKEE Doodle has consulted his lawyer and is now able to inform his readers, that although curiosities are bought and sold on board it, the vessel is not indictable, as has been supposed, as an unlicensed junk shop.
Yankee Doodle 2(41). July 17, 1847. 148.