TO LET. […]
IN new Dania Hall, Fifth ave., [One hundred] Twelfth st., Lansingburgh, one corner store suitable for drugs, one large store on Fifth ave. and one [One hundred] Twelfth st; rent very reasonable. Inquire in Barber Shop on premises.
Troy Daily Times. September 17, 1896: 3 col 8.
A Remodeled Hall.
Under the painter’s brush and the carpenter’s tools Dania Hall has ben transformed into one of the prettiest and most completely equipped halls in the city. The building has been remodeled both inside and out. The raising of the ceiling of the hall necessitated the addition of a third story, and this, together with a new coat of paint, makes the structure conspicuous in appearance. The interior has been thoroughly fitted up for dances and entertainments. The hall is thirty by sixty feet in dimensions, and has a floor which can hardly be improved upon for dancing. At the west end is a stage, which has been elaborately equipped by Huiest with a handsome drop curtain and landscape, rustic, parlor and kitchen scenes. There is a balcony on the east and south side of the hall, the front of which and the ceiling are covered with frescoed metal work, which is artisically painted, the color scheme being in light blue, green and red. From the ceiling hang two handsome chandeliers. At the southeast corner is a large kitchen to be used for banquets. Over this on the top floor is the meeting room of the Danish Sick Benefit Society, which owns the building. Leading from the balcony on the south side are large and commodious dressing rooms, which are equipped with every modern improvement. In the southwest corner of the building is a small organization meeting hall, with two ante-rooms. The Building Committee of the Danish Sick Benefit Society consists of President C. H. Madsen, Hans Madsen and Chris Jensen, and the excellent results obtained in renovating the building are due to their efforts.
“Upper Troy.” Troy Daily Times. September 5, 1902: 4 col 2. 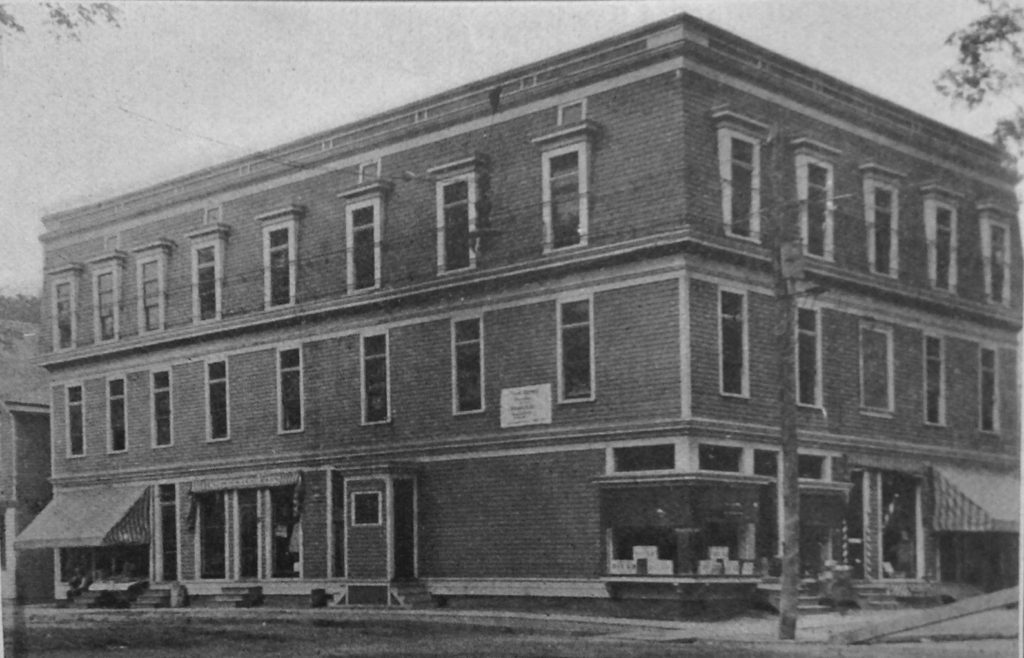 Photo by Charles Nelson.
Dania Hall, Lansingburgh.
The building used as a meeting place by the Danish Societies of the northern part of the city as it appears after being restored following the damaging fire of May 23, 1908.
Troy Times Art Section.