A 112th Street Bridge was first completed in 1880, prior to which the only bridge spanning the Hudson River to and from the Town of Lansingburgh was the Union Bridge to Waterford. The inclusion of the Cohoes and Lansingburgh bridge on Galt & Hoy’s 1879 lithographed bird’s eye view of Lansingburgh must have been due to the bridge’s plans being definite and an attempt to keep the map relevant for its subscribers.

—A bridge will soon be built from Adams’ Island to this village.
“Village Notes.” Lansingburgh Courier. October 20, 1876: 3 col 1.

—A steam propellor is now run at the Lansing street ferry. Is this all the bridge we are going to have?
“Village Notes.” Lansingburgh Courier. June 6, 1879: 3 col 1. 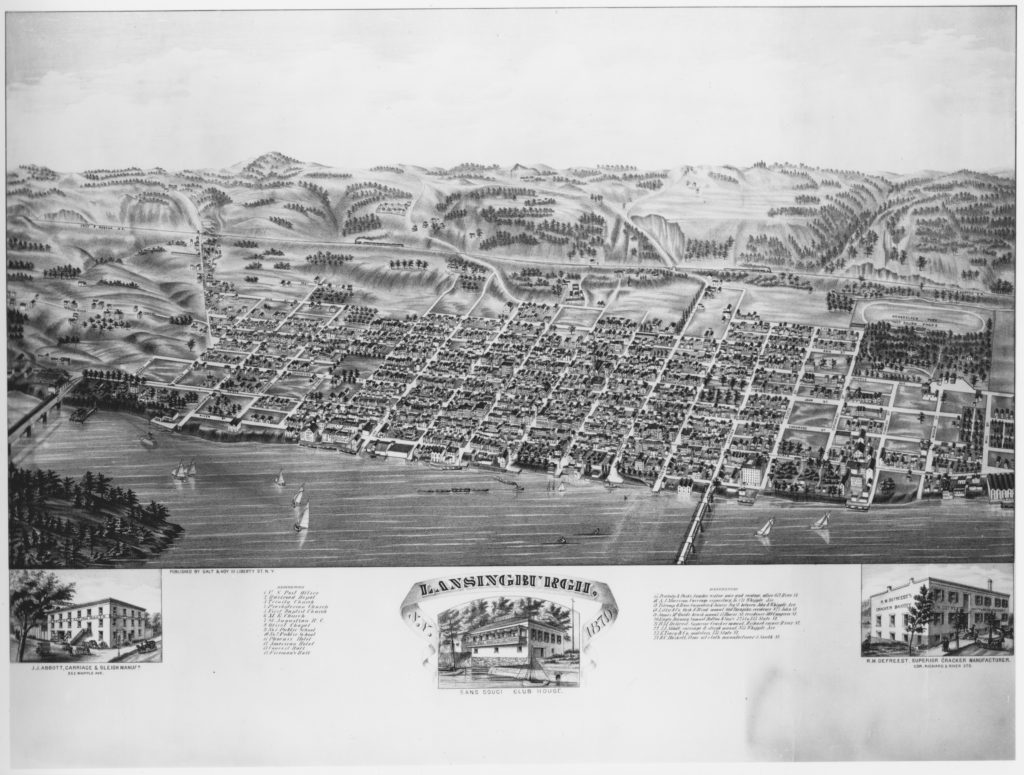 “ALL’S WELL THAT ENDS WELL.”
—
Completion of the Cohoes and Lansingburgh Bridge—Its Formal Opening.
Despite the litigation which has menaced the construction of the Cohoes and Lansingburgh bridge, that structure is completed and was formally opened to the public last Tuesday. About 3,000 people witnessed the opening. The first to cross the new bridge was President [Thomas A.] Knickerbacker, followed by Bolton & Sons’ heavy wagon elaborated decorated and drawn by six iron grey horses. Various other business wagons followed the procession. The structure was crowded and the heavy weight on the bridge at one time thoroughly tested its safety. President Knickerbacker is deserving of praise for the success of his enterprise. Through his indomitable perseverance and personal attention to the work, the bridge is now completed and a pronounced success. Although the trustees made some mistakes in granting the privilege to the bridge company, Mr. Knickerbacker has been perfectly honorable in all his doings. If the trustees were careless enough not to look out for the interests of the village, that was not the fault of President Knickerbacker. The bridge had been commenced and Mr. Knickerbacker was determined it should be completed at the earliest possible moment. The pluck and energy evinced by Mr. Knickerbacker is deserving of commendation. There is no doubt that this connection with Cohoes will be a great benefit to both places. After the teams had crossed the new bridge, last Tuesday, Messrs. Bolton & Sons dispensed “moist goods” to the crowd in attendance. The new structure was photographed by Lloyd.

“ALL’S WELL THAT ENDS WELL.”
A fine ornamental toll house, with office, council room and residence for toll gatherer, is to be erected at once. The rails for the street railroad between the ‘Burgh and Cohoes, are being laid. The rush of travel across the bridge exceeds expectations. We congratulate President Knickerbacker in his merited success as a resulting benefit to himself and the public.
Lansingburgh Gazette. May 22, 1880: 3 col 2. 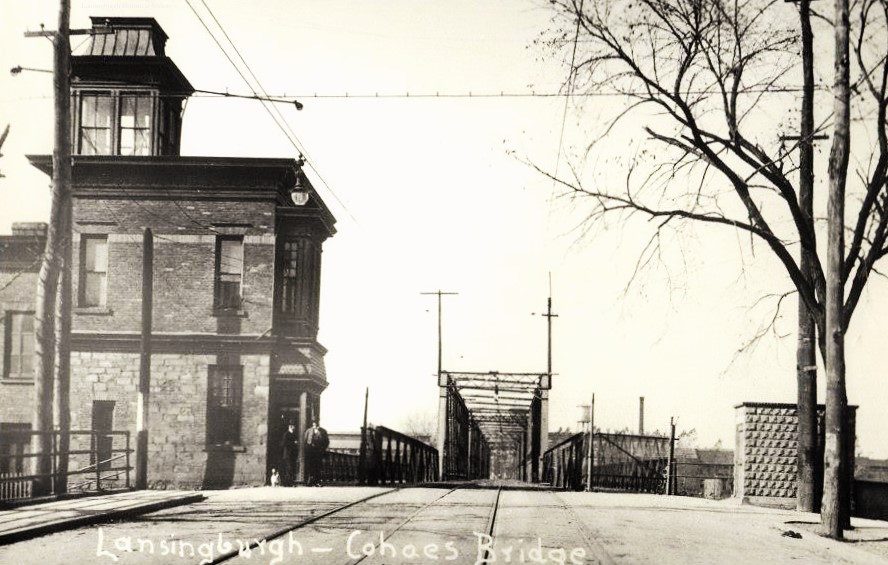