Van Cortland’s Tract, dating from the 18th Century, would, after the annexation by the Town of Lansingburgh of land south of the Deep Kill from the Town of Schaghticoke, form a small portion of Northern Lansingburgh northeast of the Patent of Stone Arabia and east of Rice Mountain with the majority of Van Cortland’s Tract being in Pittstown. It’s seen below on a map ca. 1761.

Old maps from 1854-1870 show a very small portion of what would be named Fogarty Road running through the Lansingburgh portion of the tract.

Surnames appearing on old maps include:

The Hayner property on the 1861 map appears to only have been accessible via what would become the Mineral Springs Road in Pittstown. The relative remoteness of the area and limited road access might (?) have led people to describe any homes there as part of Cooksborough, the nearest hamlet (to the east in Pittstown).

The 1895 Bien map showing Van Cortland’s Tract that has been georeferenced by the David Rumsey Map Collection makes it appear that Deepkill Lane and eastern portions of the Rock Candy Estates are located within that area. The same georeferenced map places Cooksborough itself (the area around the intersection of Fogarty Road, North Pole Road, Cushman Road, and Cooksboro Road) within the Van Cortland Tract, within the larger Pittstown portion of the tract. 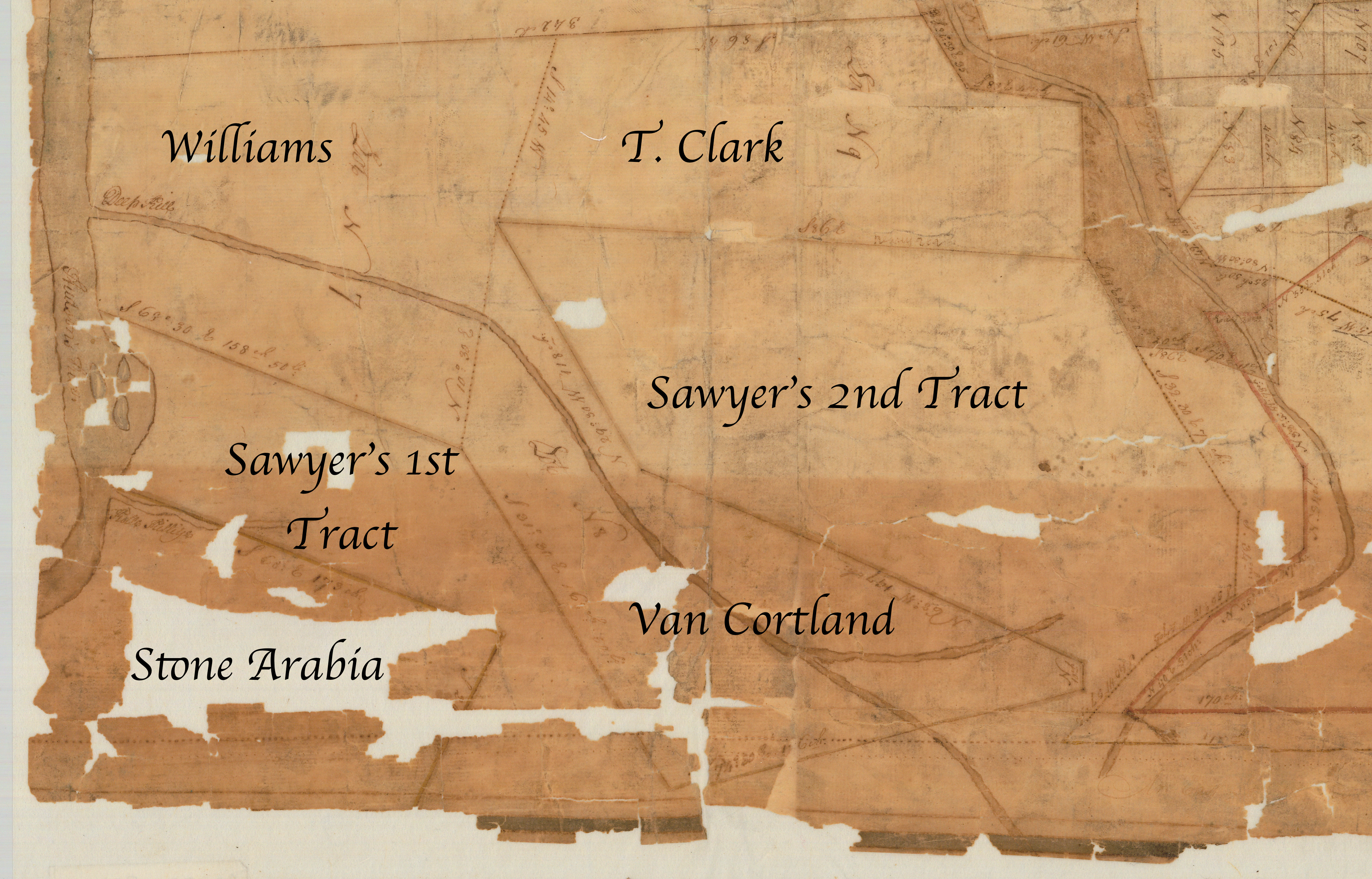 Detail cropped and annotated from “Map of a tract of land, granted to Isaac Sawyer and others called Pitt’s Town.” http://digitalcollections.archives.nysed.gov/index.php/Detail/Object/Show/object_id/36917