CHAP. CLXXXVII.
An ACT to vest certain powers in the freeholders and inhabitants of the village of Greenbush.
Passed April 14, 1815.
I. Be it enacted by the people of the state of New- York, represented in Senate and Assembly, That the district of country comprehended in the following bounds, to wit: beginning at a point in the Hudson river opposite the city of Albany, in the division line between the counties of Albany and Rensselaer, which point is south sixty-four degrees forty-five minutes east from the north-east corner of the brick store of Thomas Gold, on the dock, and runs from the said point south sixty-four degrees forty-five minutes east to a marked bass-wood tree, standing on the east bank of the said Hudson river, which is the south side of Partition-street; thence from the said bass-wood tree south sixty-four degrees forty-five minutes east, twenty-seven chains, to a stake; thence south eighteen degrees west sixty-two chains and fifty links to a stake and stones in the north side of Mill-street; thence along the same north sixty-nine degrees forty-five minutes west, to the before mentioned division line between the said counties of Albany and Rensselaer; thence along the same northerly to the place of beginning; also Partition-street on the north, and Mill-street on the tenth, to be included, shall hereafter be known by the name of the village of Greenbush; and that the freeholders and inhabitants qualified by law to vote at town meetings, who may reside within the aforesaid limits, may on the second Tuesday of May next, meet at the dwelling-house now occupied by James Mathews, and then and there proceed to choose five freeholders, resident within the aforesaid limits, to be trustees thereof; and that the justice or justices of the peace resident within the aforesaid limits, shall give public notice of such meeting, at least one week previous thereto, and shall preside at such meeting, and declare the several persons having a majority of votes, as duly chosen as trustees; and on every second Tuesday of May hereafter, there shall in like manner be a new election of trustees of the said village, and the trustees for time being shall preside at such election, and shall in like manner give notice of the time and place of holding the same.
Laws of the State of New-York, Passed at the Thirty-Eighth Session of the Legislature. Albany, NY: J. Buel, 1815. 189. 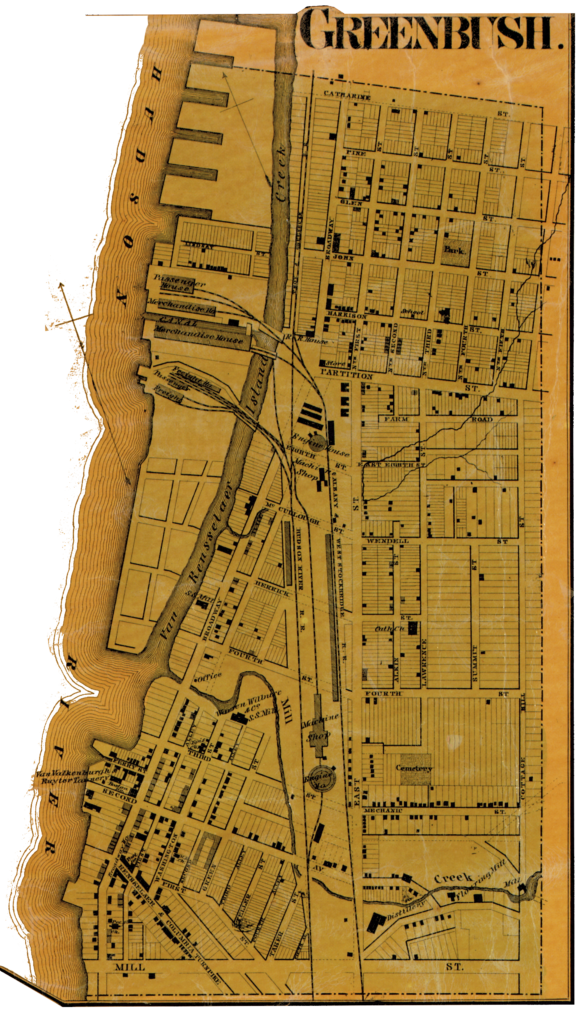 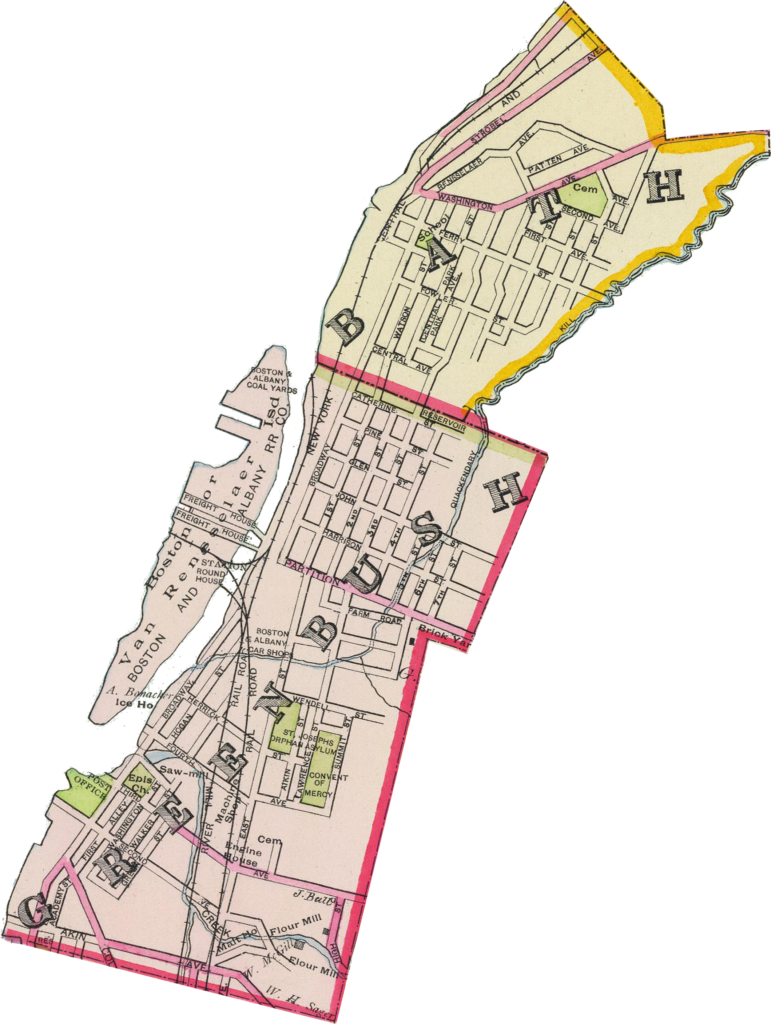 Villages of Bath and Greenbush cropped and edited from scan by David Rumsey Map Collection of:
Beers, Frederick W. “Portion of Rensselaer County and Bath and Greenbush.” Atlas of the Hudson River Valley from New York City to Troy. NY: Watson & Co., 1891.